Persistent Reduction in RAASi Therapy Following an Episode of Hyperkalemia

Persistent Reduction in RAASi Therapy Following an Episode of Hyperkalemia

RAASi therapy reduces the risk of cardiorenal events in patients with CKD or HF, but fear of hyperkalemia (HK) is a barrier towards achieving guideline-directed target dosing. The objective of this analysis was to describe longitudinal RAASi treatment patterns in patients after a HK episode.

This observational study used hospital records and claims data from the US (Optum MarketClarity) and Japan (Medical Data Vision). Patients with a HK episode (ICD-10 E87.5) from Jul 2019-Sep 2021 (US) or May 2020-Sep 2021 (Japan) and CKD or HF were included. RAASi classes encompassed ACE inhibitors, ARB, MRA and ARNi. Average dose across RAASi classes was described as a percentage of local guideline-directed target dose prior to the HK episode and at 3, 6 and 12 months after.

Despite guideline recommendations to maintain RAASi therapy with antihyperkalemia treatment, RAASi therapy is commonly discontinued following a HK episode and the RAASi reduction persists over time. 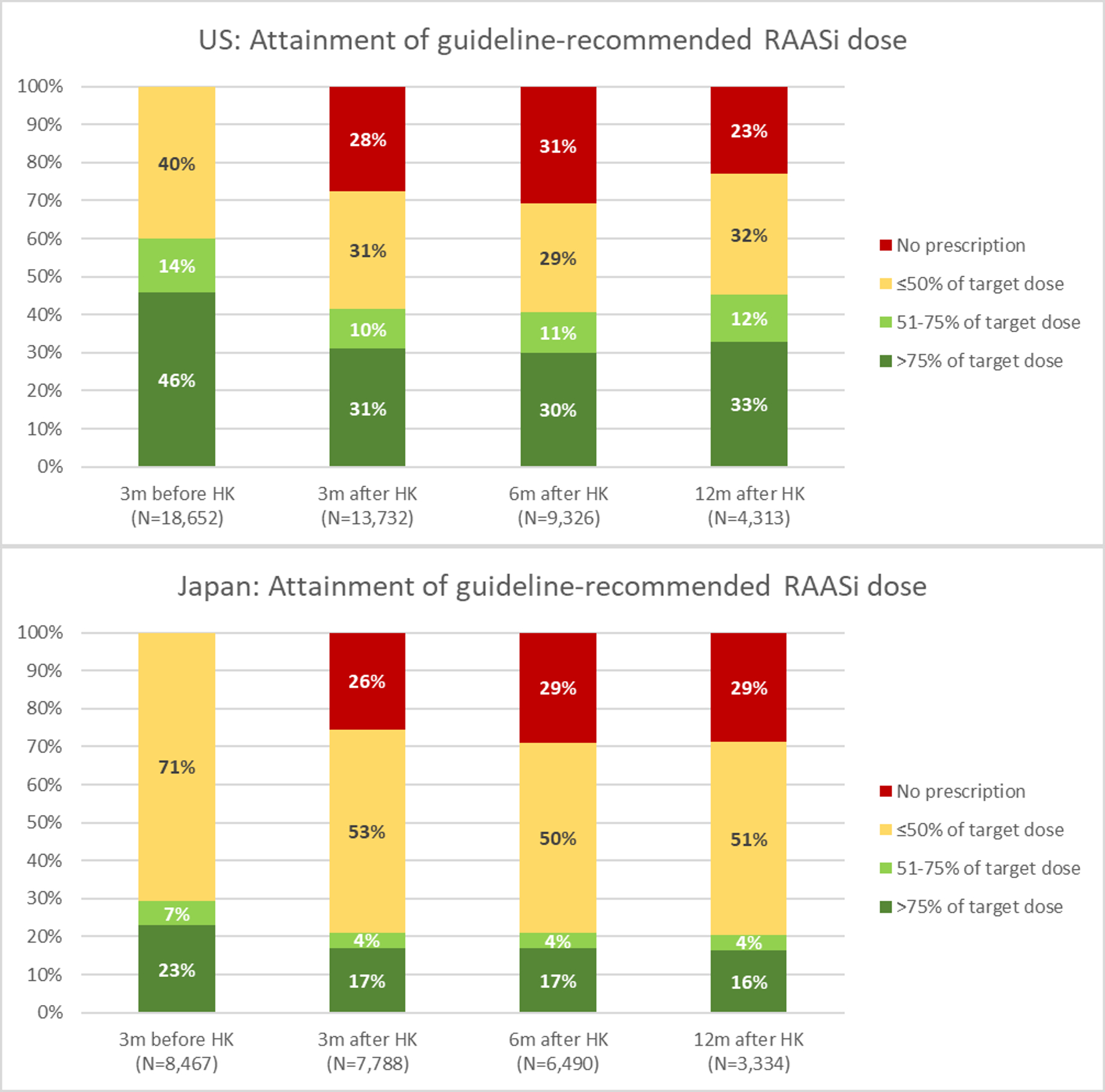