Alport syndrome (AS) is the second commonest cause of inherited kidney failure, resulting from pathogenic variants in COL4A3, COL4A4, and COL4A5 genes. This study investigated the renal outcomes associated with pathogenic variant types in a UK cohort of patients diagnosed with AS.

Genetic report data were available for 182/914 (20%) AS patients recruited to RaDaR (Figure 1). 167/182 had a detected pathogenic mutation (92%). 46 (25%) underwent kidney transplantation. No significant difference in time to KRT by variant type was observed in males or females with COL4A5 variants (p=0.17, p=0.06 respectively). Graft survival and time in therapeutic window were not significantly different between variant type for any group.

We did not observe the previously reported correlation between variant type and renal outcomes in males with COL4A5 variants. Linkage of the RaDaR AS cohort with genetic report data is actively ongoing; further correlations may be observed with larger numbers. 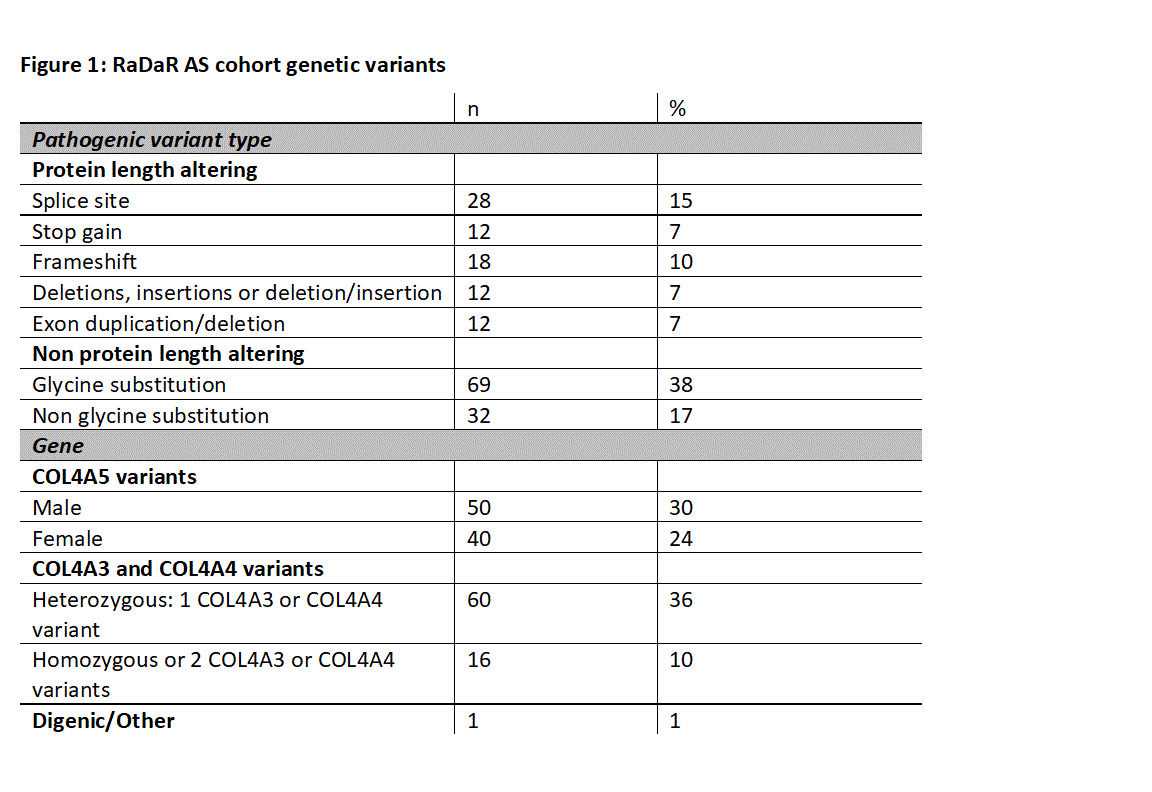