Endotoxin-induced sepsis is a leading cause of ICU mortality. From 1994 to present, Polymyxin B-hemoperfusion (PMX-HP) is available as an adjuvant therapeutic option. PMX-HP is also an immunomodulatory blood purification. The aim of this study was to evaluate the role of diagnostic-therapeutic flowchart for the use of endotoxin neutralization by Polymyxin B Hemoperfusion.

We conducted a prospective, observational web-based database analysis (EUPHAS2 registry), single centre basis, of critically ill patients admitted to the ICU between January 2016 until to May 2021 who were affected by endotoxic shock caused by proved or suspected infection related to Gram negative bacteria and received PMX-HP as per clinical indication of the attending physician. Patients were divided based on the use of diagnostic-therapeutic flowchart in two groups: Pre-Flowchart (Pre-F) and Post-Flowchart (Post-F). 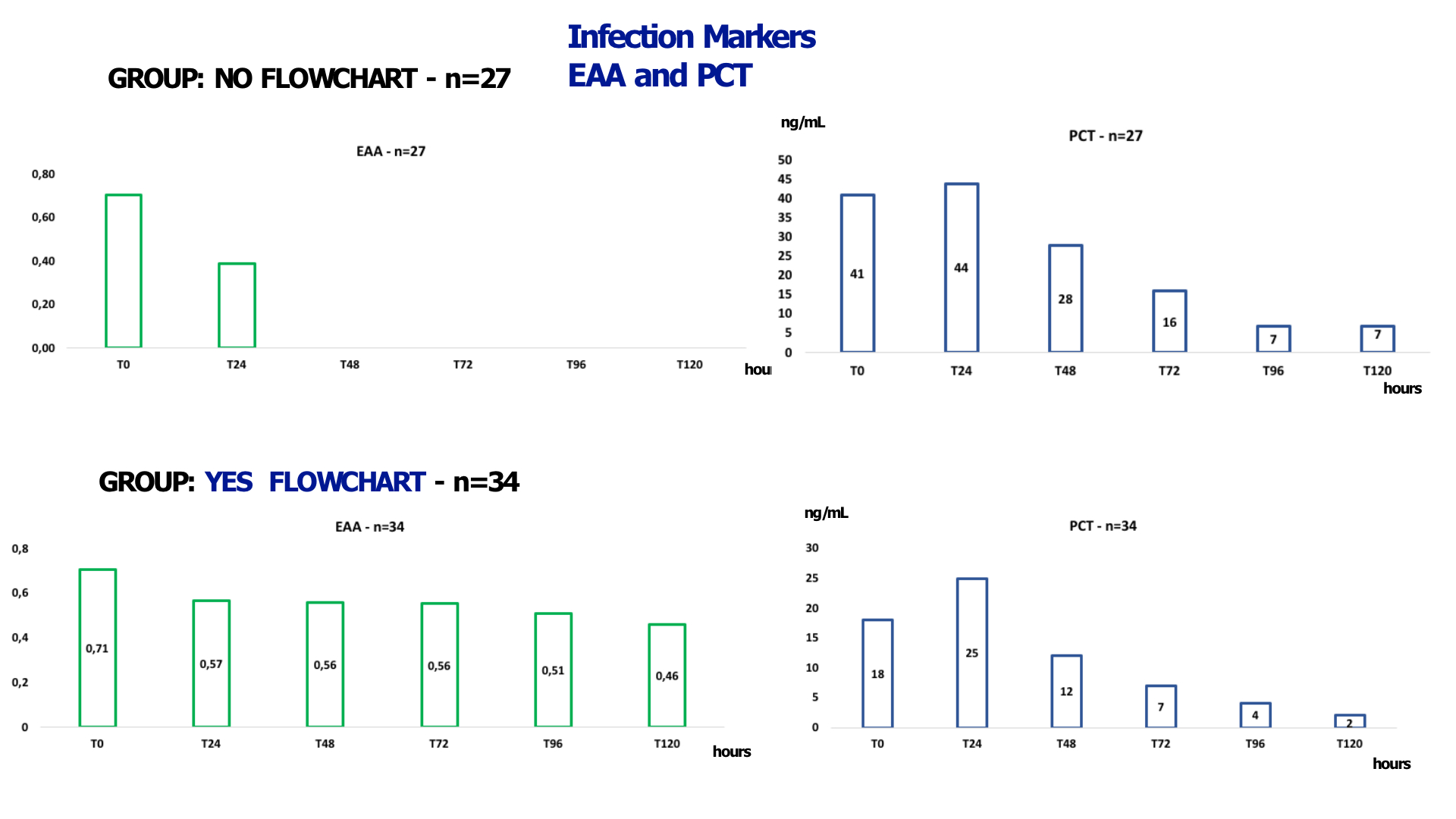 Trend of EAA and PCT in Pre-F and Post-F groups.