We analyzed a cohort of all adults that received an in-patient diagnostic kidney biopsy at a tertiary care center from 2014-2019. Biopsies for the diagnosis of kidney tumors were excluded. Outcomes of interest were minor bleeding (any of hemoglobin drop >10 g/L within 24 hours post biopsy, macrohematuria, hematoma on ultrasound) and major bleeding (need for blood transfusion or surgical intervention post biopsy). Predictors of major bleeding were analyzed using logistic regression; those factors significantly associated with bleeding using a P<0.05 were included in a multivariable model and reported using odds ratios (OR) with 95% confidence intervals (CI).

This study highlights risk factors associated with bleeding after inpatient percutaneous kidney biopsy which is of clinical importance for health care professionals. In future study we will derive and validate a risk prediction model for major and minor bleeding following biopsy. 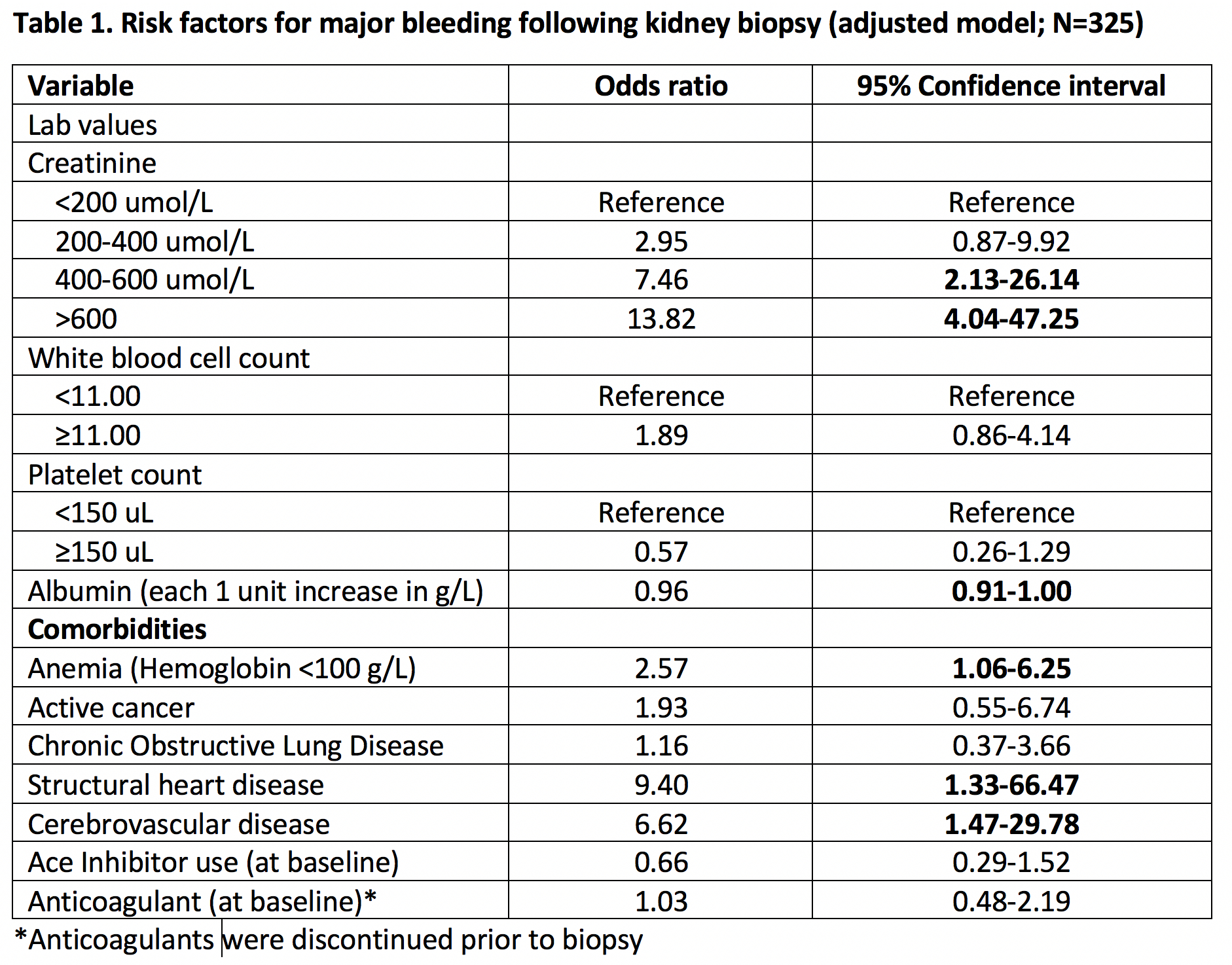