Association of Long-Term Aspirin Use With Kidney Disease Progression

Association of Long-Term Aspirin Use With Kidney Disease Progression

Chronic microinflammation contributes to the progression of CKD. Aspirin (ASA) has been used to treat inflammation for centuries. Currently ASA is used for anti-platelet and analgesic functions, but the effects of ASA on CKD progression is unclear.

We examined the association of chronic use of newly initiated low-dose ASA (50-200mg) with ESKD and with eGFR decrease of ≥40% (eGFR40) in a nationwide cohort of US Veterans with incident CKD. Among 806,058 patients, we identified 21,161 who initiated ASA within one year of CKD diagnosis. We used propensity score matching to account for differences in key characteristics between ASA users and non-users, yielding 32,528 patients (16,264 in each group). We examined the association between ASA use and outcomes in competing risk regressions.

Long term use of ASA was associated with a trend towards lower ESKD risk, but higher risk of eGFR40 in patients with CKD. The higher risk of eGFR40 may be due to an acute glomerular hemodynamic effect of ASA. The long-term renoprotective benefits of ASA therapy will need to be examined in clinical trials. 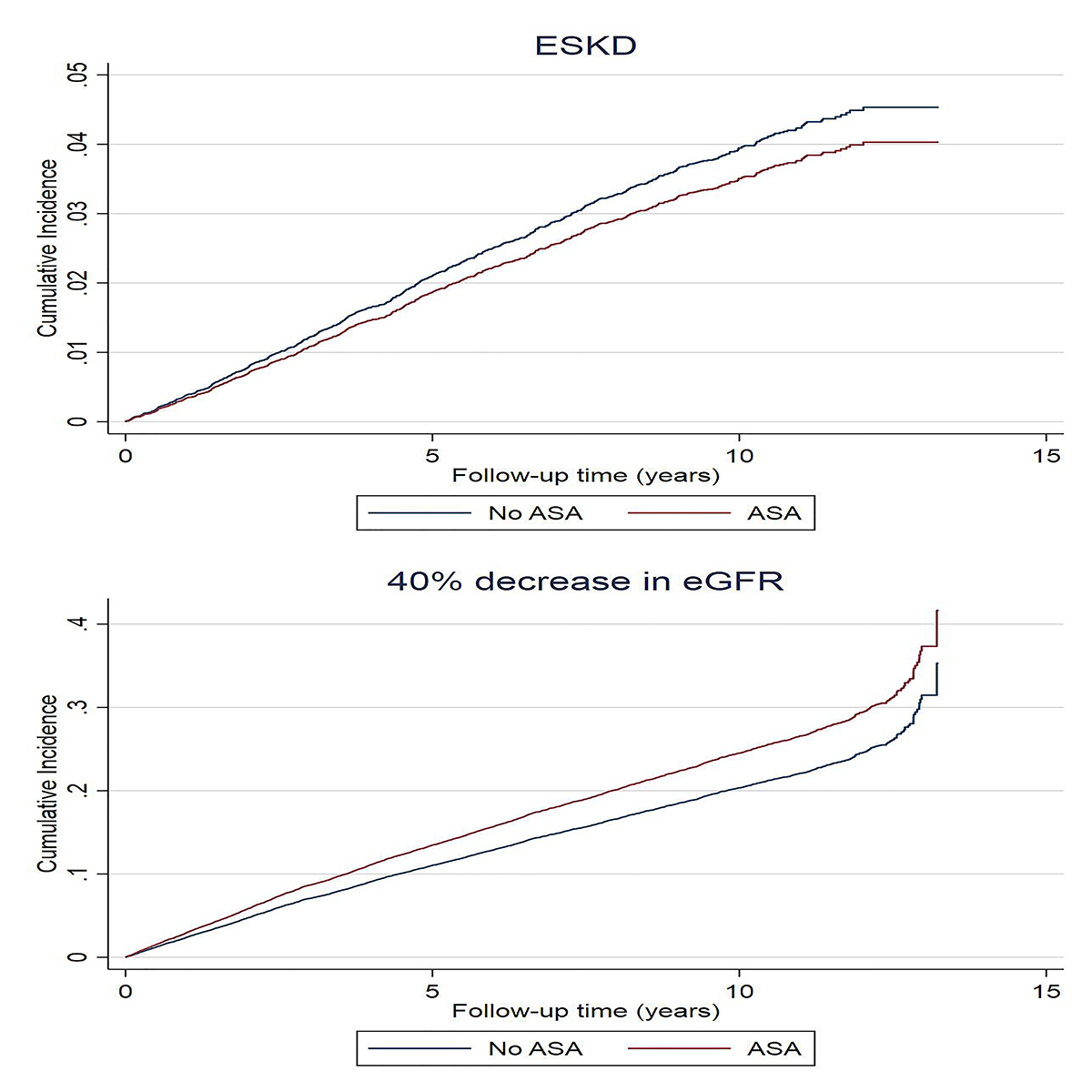 Cumulative incidence rate of ESKD (A) and 40% decline of eGFR (B) in patients receiving and not receiving chronic ASA treatment.