Human kidney organoids are self-assembled 3-dimensional structures containing nephron components. Healthy organoids exhibit distal and proximal tubules interconnected with podocytes organized in a sphere. Kidney organoids represent a valid platform to study disease mechanisms due to the ability to replicate pathway aberration and altered cell-cell interaction to mimic human disease. Nevertheless, the impact of high glucose in these cultures is not yet known. We compared the effects of high and low glucose on kidney organoids with the aim of building a model for diabetic nephropathy.

Organoids were differentiated under standard glucose until maturation, then cultured 6 days under glucose ranging from 0 to 100 mM. Equivalent mannose concentrations evaluated the osmotic effect. At days 0, 3, and 6 each whole well was imaged and organoids scored, along with morphologic and metabolic analysis (LDH, lactate). Immunofluorescent analysis and live and dead assay were performed on day 6.

Data showed reduction of organoid number and increased metabolism under high glucose. Surprisingly, the effect of high glucose did not correlate with cell death but organoids appeared to be changing in structure and marker expression. Mannose culture indicated a non-osmotic cause of injury. Under high glucose, we observed increased numbers of podocytes that appeared to be dedifferentiating and undergoing epithelial to mesenchymal transition. This observation was supported by Zo1 staining indicating an interconnection of podocytes migrating out from the main glomerular area.

We have induced a diabetic-like phenotype in kidney organoids under high glucose conditions, indicating that this platform may represent a valid model to study diabetic nephropathy. The dedifferentiation of podocytes is of particular interest, given that glomerular function is often compromised in patients. Future work will be directed to further develop this model with the aim of screening novel therapeutics. 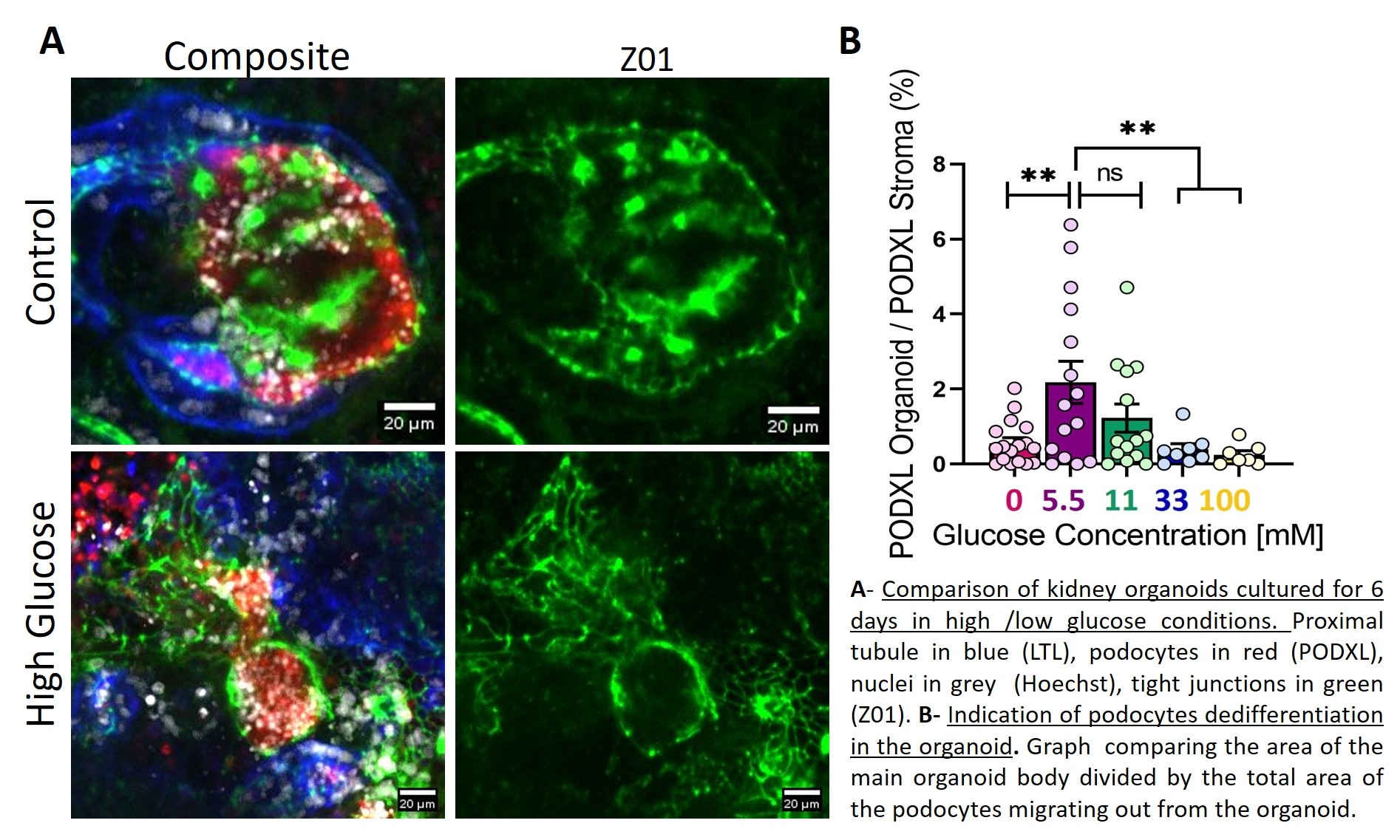