Retrospective chart review identified 43 patients who received AVF from 12/01/2009 to 12/01/2020 at ECU dialysis unit. Demographic and clinical data was obtained from electronic medical records. The primary outcome was AV FUSH at 6 months. The FTM equation risk score was retrospectively applied to our patient cohort and compared with the observed clinical outcomes using Receiver Operating Characteristic in SPSS v28.

In total 43 AVFs were created during the study period. Mean age was 55 +/- 20 years, 89% were African American, 30% of the patients had CAD, 14% had PVD. FUSH at 6 months was 53.5%. We examined the external validity of Lok's model by applying it to our population. 22% of patients with lowest risk score had non maturation at 6 months. 14% of the patients with highest risk scores all lost access within one year of AVF creation despite having FUSH at 6 months.

Despite increased number of AVF creations since Fistula First Initiative, outcomes on maturation rates are suboptimal. Reasonable FUSH rates at 6 months can be achieved. FTM equation was not validated in our cohort. Possible reason is our population cohort (mostly African American) vs Lok's FTM cohort (mostly Caucasian population). 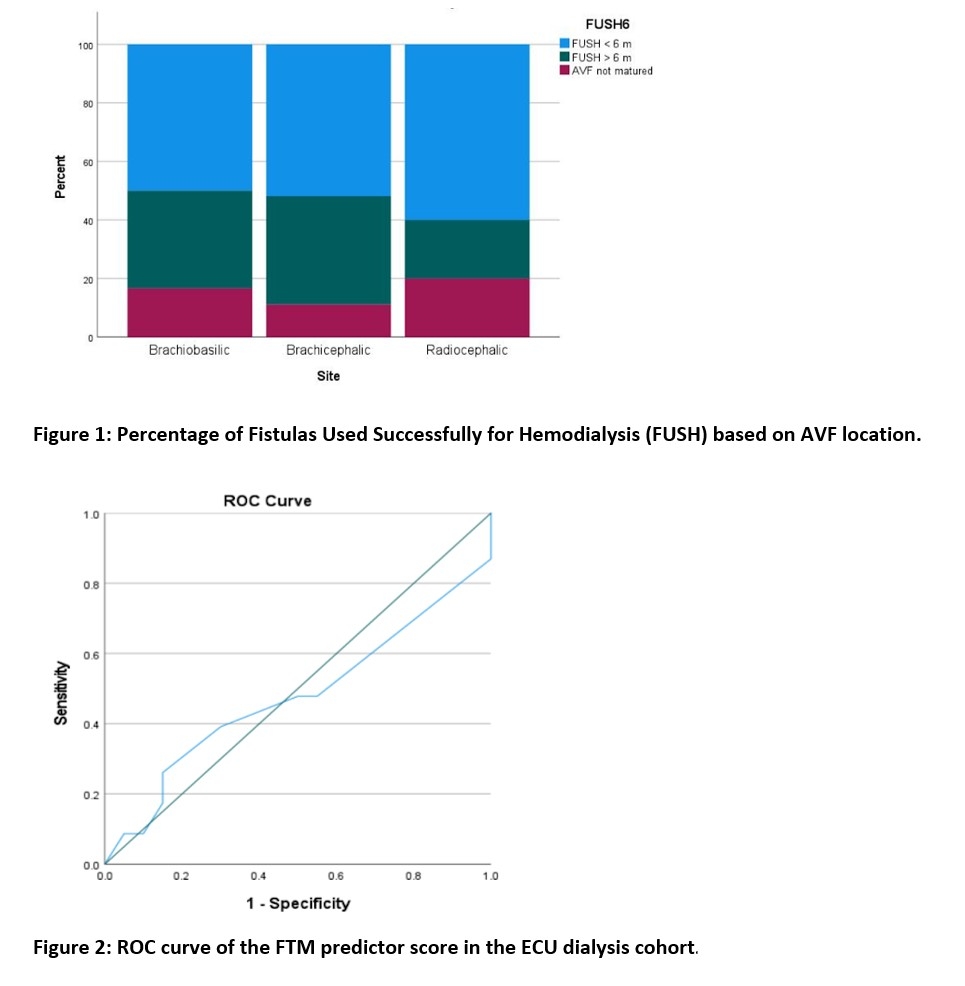