Extracorporeal Membrane Oxygenation (ECMO) is being increasingly used among critically ill patients some of whom have multiple organ failure and need concurrent use of continuous renal replacement therapy (CRRT). Limited data are available regarding outcomes among such patients.

We report retrospective data on patients who were treated with ECMO with or without CRRT over a period of 36 months (Jan 2019 – Mar 2022) at hospitals within a single integrated healthcare system in Pennsylvania. Patients with end stage renal disease were not eligible to receive ECMO within this system.

Nearly 1 in 3 patients treated with ECMO needed CRRT at some point during their care. Patients who needed CRRT on ECMO were significantly less likely to survive to discharge. Nephrology service was involved in the care of ECMO patients from the beginning in some cases. However, there remains a need for early multi-disciplinary care for critically ill patients requiring ECMO therapy. 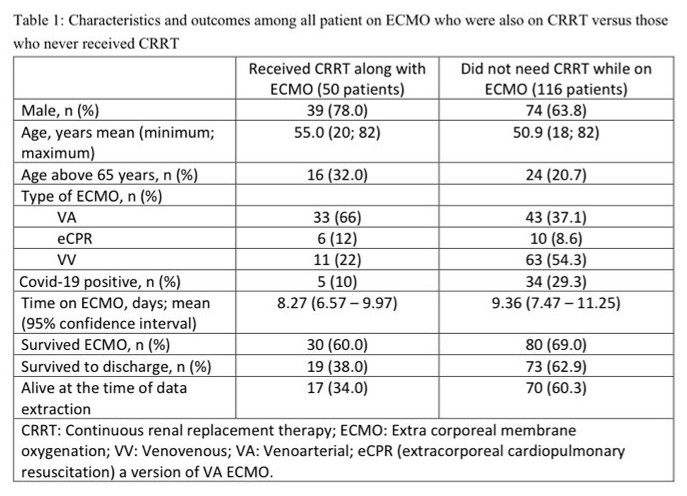