The number of persons returning to dialysis after KT failure has been increasing; they now constitute the 4th largest group of dialysis starts. Little is known about the trends in mortality, waitlisting, and retransplantation and after KT failure.

From the USRDS we identified patients age ≥18 yrs who received a first KT and experienced KT failure between 1/1/1988 and 12/31/2017. Recipients of other solid organ allografts were excluded. Patients were followed from the time of KT failure date to the outcomes of 1) death, 2) waitlisting, and 3) retransplantation. Patients were censored at end of dialysis record, end of Medicare coverage, or at 5 yrs from time of KT failure. We used multivariable Cox regression to estimate hazard ratios (HR) and 95% confidence intervals (CI) comparing death, and cause-specific hazard model to compare other outcomes across subsequent eras relative to 1988-92.

While mortality rates of patients with failed allografts have improved over time, rates of waitlisting and retransplantation rates have decreased. Understanding the barriers to retransplantation will be crucial to inform potential future interventions designed to improve access to KT in this growing population. 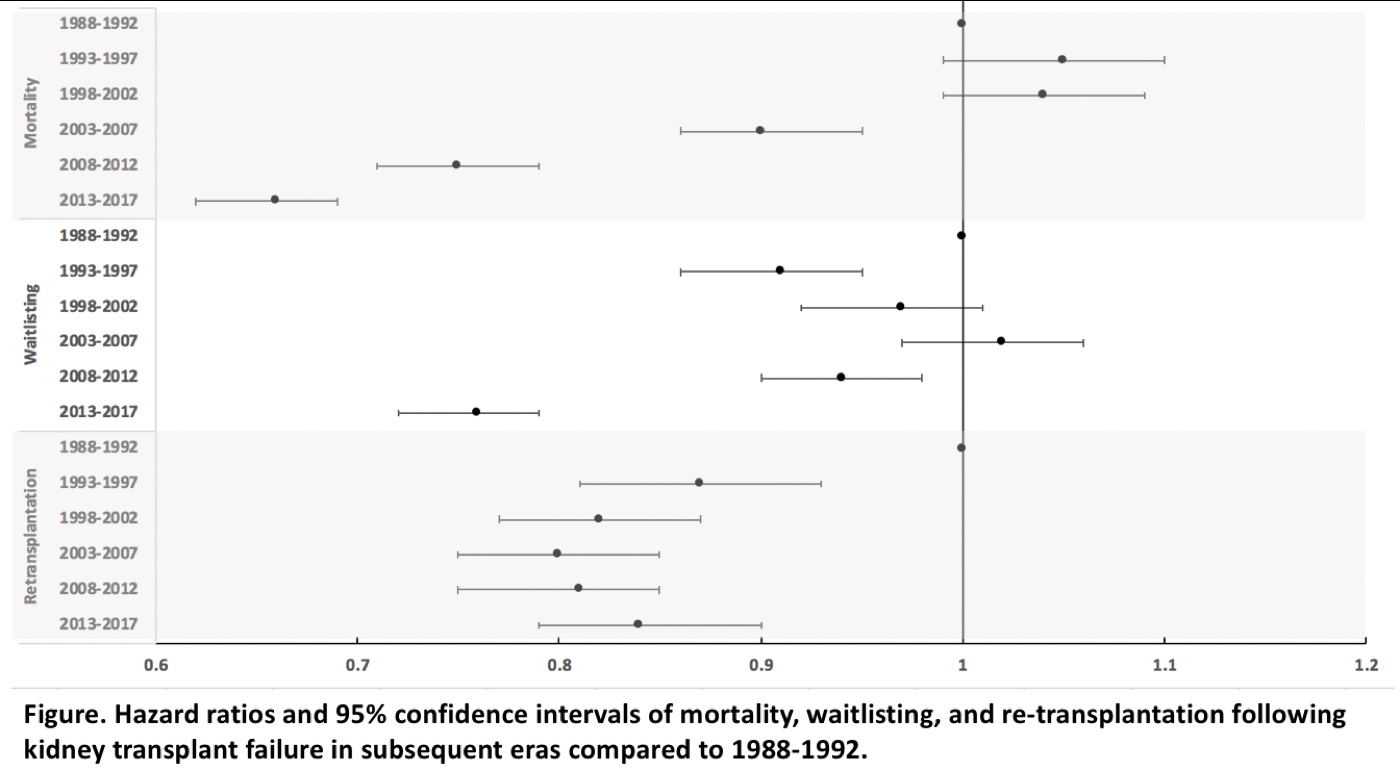