Severe loss of kidney function is experienced by end-stage kidney disease patients. An exciting alternative treatment to hemodialysis would be an implantable artificial kidney device (IAKD) that filters blood using the natural pressure drop in the systemic circulation. This study aims to investigate the hemodynamic performance of potential IAKD designs using a computational hemodynamic model (HM).

A custom HM was developed to analyze the implantation of an IAKD (Fig 1a). The time-varying HM encompasses the complete circulation and the IAKD branch. Two IAKD designs were analyzed: serpentine and parallel configurations (Fig 1b and c). For each design, several scenarios for IAKD resistance, pressure drop across and flow through the IAKD and device inlet graft together with vital signs were varied to simulate patient-specific needs. Model optimization was performed by modifying several parameters.

The HM can investigate clinically relevant scenarios to tailor an IAKD for renal failure patients. Our analysis suggests that there is a complex interplay between the patient’s systemic circulation and the IAKD, necessitating detailed hemodynamic analysis. Depending on the patient’s needs, it is possible to personalize an IAKD that can best serve to maintain hemodynamic stability and hemodialysis efficiency. 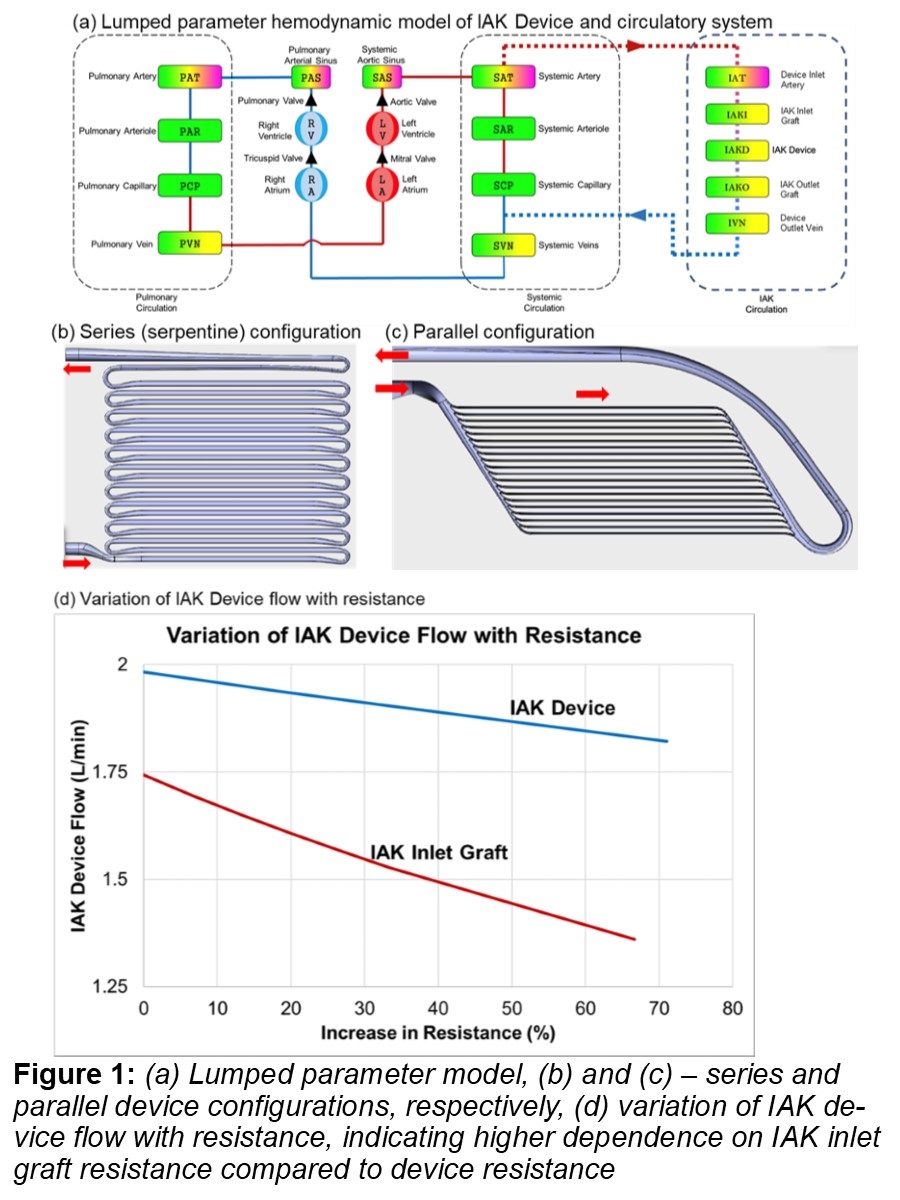