Graft versus host disease (GvHD) of the kidney in HCT recipients has not been well described. Kidney endothelial injury and interstitial inflammation frequently observed in kidney biopsies could be a manifestation of GvHD. We sought to characterize the spectrum of kidney endothelial injury and interstitial inflammation in HCT recipients.

We reviewed 81 consecutive kidney biopsies done between July 2009 and February 2022 at our institution. Biopsies were evaluated by light, immunofluorescence, and electron microscopy.

The 81 biopsies were obtained from 76 HCT recipients (age 58 years, median); 67 (88%) were allogeneic transplants; 28 (37%) were women; 48% received total body irradiation (TBI) as part of conditioning regimen. Time from transplant to biopsy was 18.8 (9.8-40.9) months. Thrombotic microangiopathy (19 [23%] biopsies, 15 chronic and 4 acute) was the most common primary diagnosis (Fig.1 left). Membranous nephropathy was present in only 7 (9%) biopsies. Endothelial injury was found in 70% of biopsies; 35 (43%) had glomerular endothelial basement double contouring. By logistic regression, TBI was not associated with biopsy findings of endothelial injury (P=0.18). Moderate to severe mononuclear interstitial inflammation (inflammation in >25% of unscarred cortical parenchyma) was observed in 57% of biopsies (Fig.1 right). Moderate to severe interstitial fibrosis and tubular atrophy (involving >25% of the cortical area) was present in 70% of the biopsies.

In this large kidney biopsy study of HCT recipients, thrombotic microangiopathy was the most common primary diagnosis and the majority of biopsies had an endothelial injury and mononuclear cell interstitial inflammation, raising the possibility of GVHD involving the kidneys. Further studies are ongoing in our laboratory to characterize kidney injury at a molecular level and to develop noninvasive biomarkers. 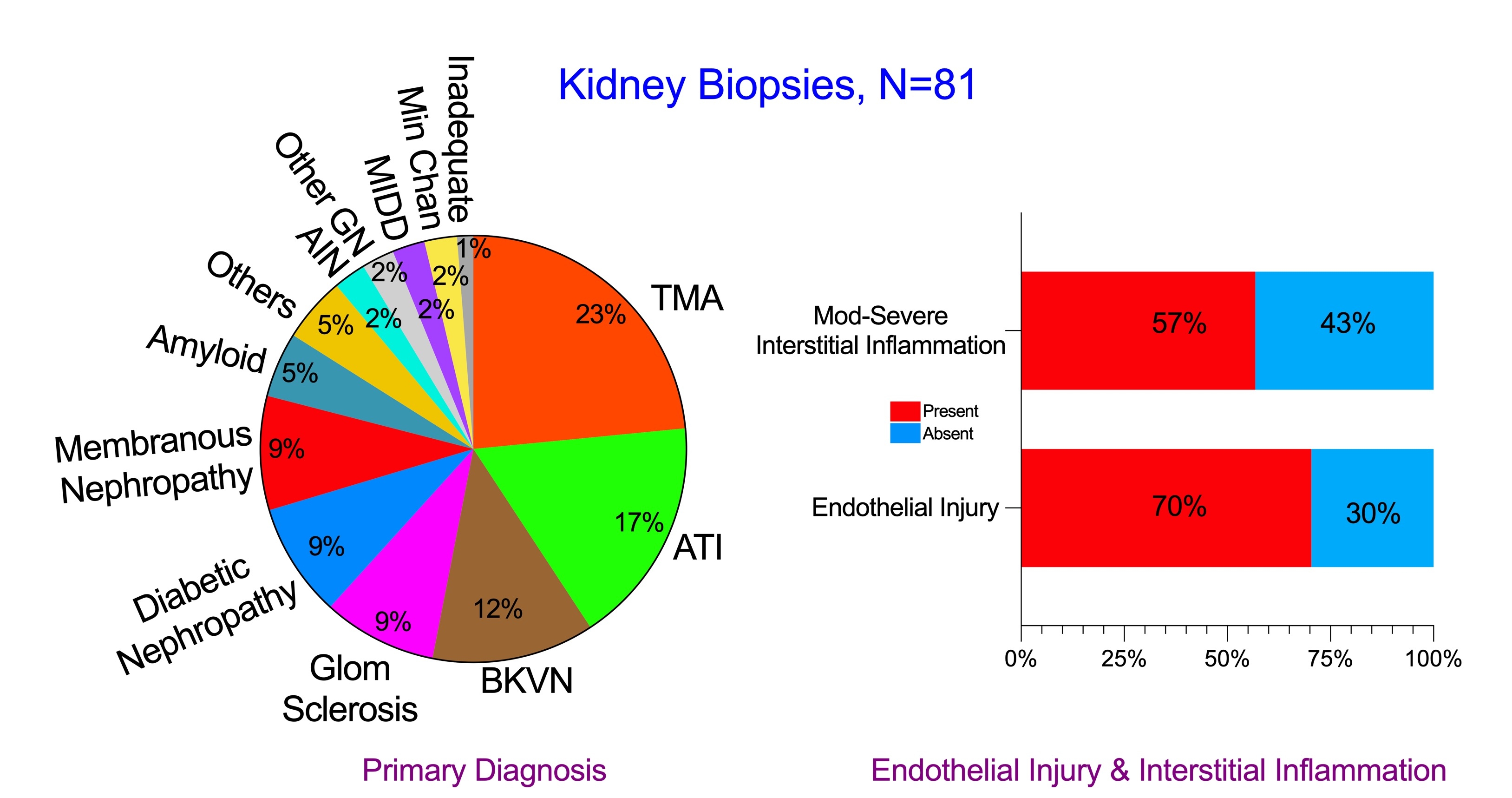