Antibiotic Exposure and Kidney Stone Disease Across the Life Course

Antibiotic Exposure and Kidney Stone Disease Across the Life Course

Kidney stone disease (KSD) is increasingly common and associated with considerable morbidity. Antibiotic (ABX) exposure may be a risk factor for KSD.

69,793 children (11,622 cases/58,171 controls; 59.9% female) and 2,990,207 adults (498,393 cases/2,491,814 controls; 43.6% female) were included. Exposure to any of the 12 ABX classes in adults and 8 different ABX classes in children within 3-12 months prior to index was associated with KSD at the Bonferroni adjusted significance threshold (Table). The magnitude of association was greatest for fluoroquinolone, nitrofurantoin, and sulfa ABX with adjusted OR of 1.37-1.66 and similar effect estimates in sensitivity analyses excluding those with UTI during the exposure window and restricting to cases who had KSD surgery on or aftex index and their controls.

Leveraging a large claims database, we confirmed that exposure to oral ABX is associated with KSD diagnosis in children and adults. 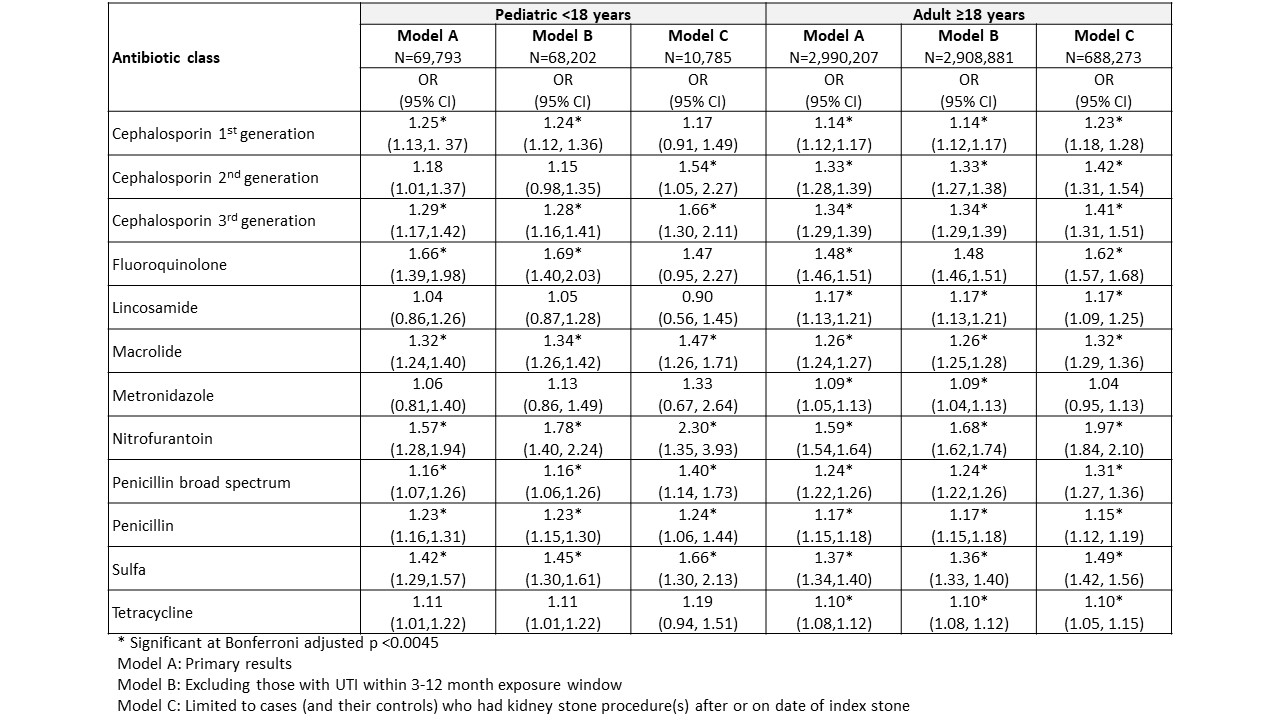 Odds of KSD according to ABX class in children and adults