It is known that exposure to fine particulate matter, which has recently been highlighted as an environmental problem, occurs mainly through the respiratory tract, which increases various inflammatory reactions. This increase in mucosal inflammation is thought to cause aggravation of IgA nephropathy, but no studies have been reported on the relationship between IgA nephropathy and fine particulate matter so far. 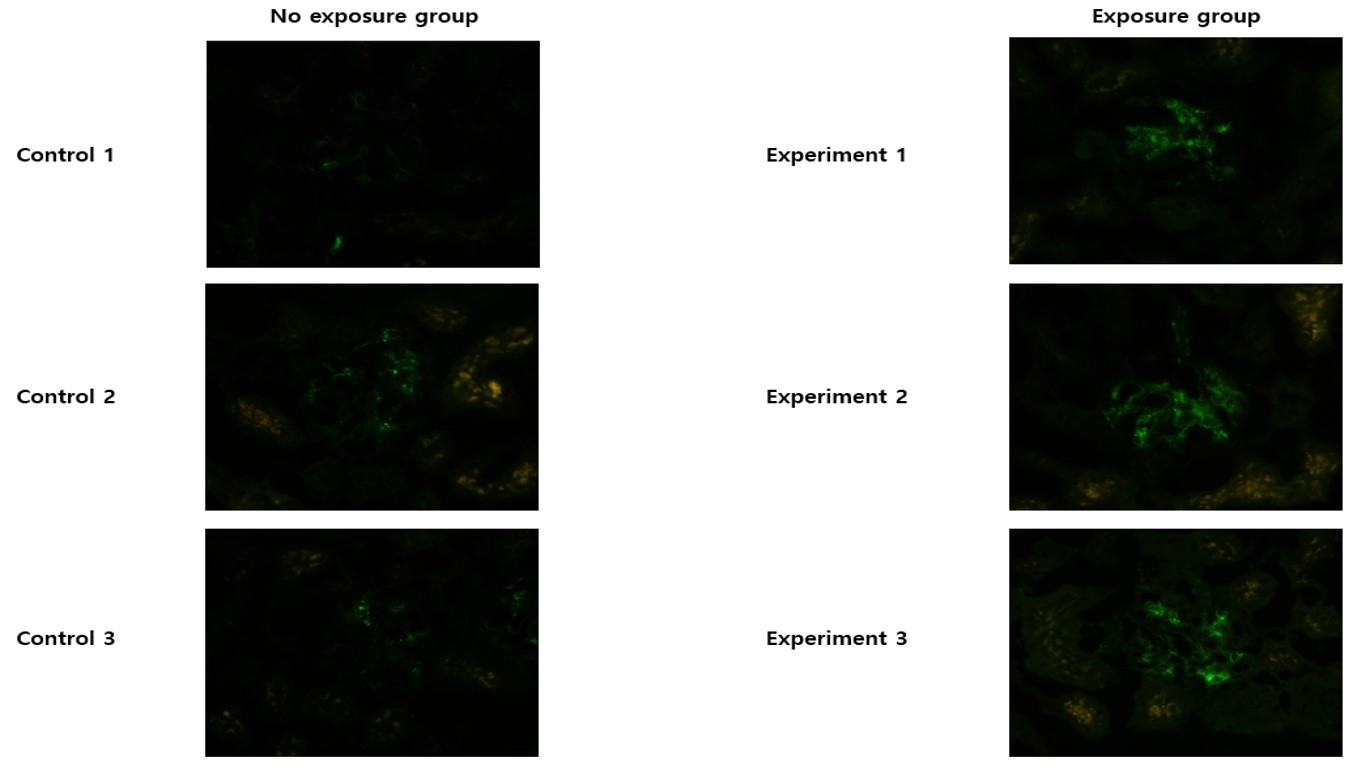