Hyperammonemia (HA) is a metabolic disorder characterized by an elevated concentration of serum ammonia (NH3). It is a complication of Bilateral Orthotopic Lung Transplants (BOLT) befalling 4.1% of patients, with a 75% mortality rate. Opportunistic infections of Ureaplasma are implicated as culprits of HA. Renal replacement therapy (RRT) is the treatment of choice for HA with neurologic symptoms.

NH3 is a small molecule whose clearance mirrors urea in RRT. Intermittent hemodialysis (IHD) clears NH3 faster than continuous hemodialysis (CHD), though CHD is better tolerated in people with hemodynamic instability. There are few studies comparing IHD vs CHD for treating HA in adults.

Soon after developing HA, the patient had hemodynamic instability requiring 3 pressors. While critically ill, we treated his HA with a novel regimen of alternating CHD and IHD. RRT was done via a dialysis catheter placed non-emergently in the right femoral vein.

Adult patients after BOLT can develop HA as a rare and deadly complication. Opportunistic infections of urease-producing bacteria like Ureaplasma may play a role in increased NH3 production. While the ideal RRT regimen for HA after BOLT is unknown, our case shows the combination of IHD and CHD can quickly lower NH3 levels and limit its expected rebound in such patients. 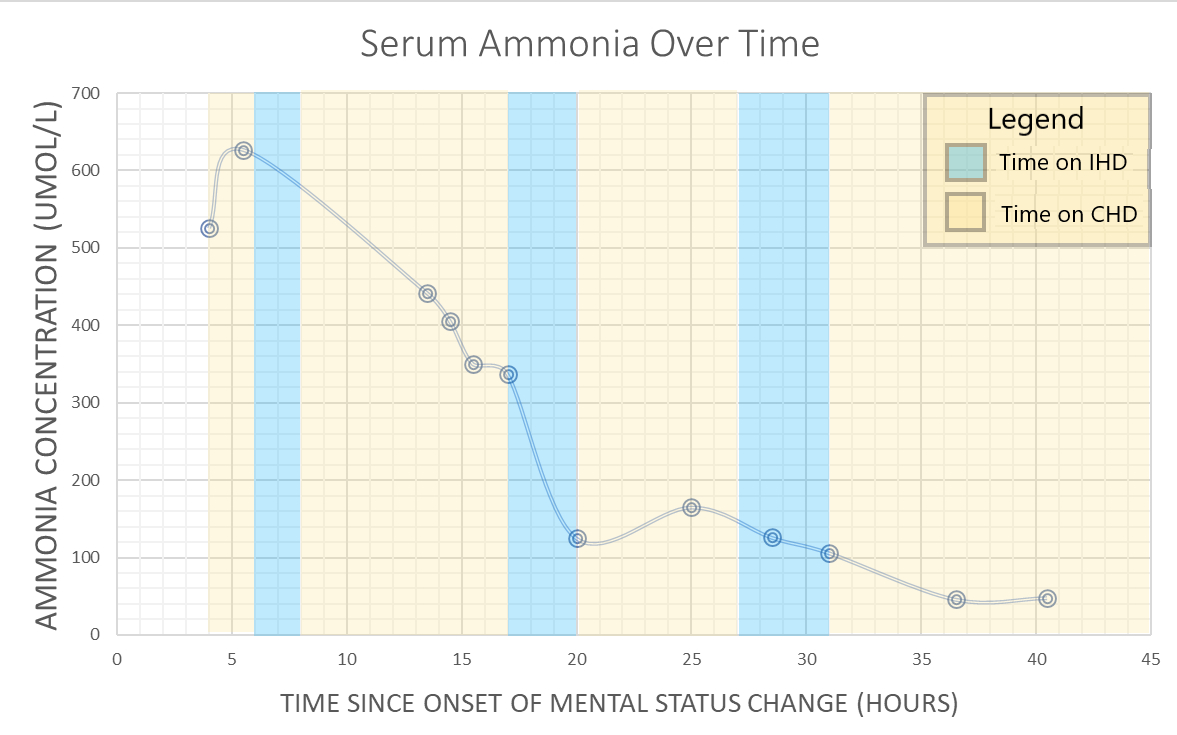