Immunohistochemical Expression Pattern of RIP5, FGFR1, and FGFR2 in Normal Human Kidney Development and Congenital Anomalies of the Kidney and Urinary Tract (CAKUT)

Immunohistochemical Expression Pattern of RIP5, FGFR1, and FGFR2 in Normal Human Kidney Development and Congenital Anomalies of the Kidney and Urinary Tract (CAKUT)

RIP5 plays a key role in the urinary tract development, downstream of FGF-signaling and its impairment can lead to congenital anomalies of the kidney and urinary tract (CAKUT).

Human kidney tissues of 16 conceptuses between 22nd and 28th developmental weeks (dw) were used as a control, in the comparison with 21 CAKUT samples. Sections were stained with the double-immunofluorescence method with RIP5 and FGFR1/FGFR2 markers.

RIP5 expression was higher in the collecting tubules (Ct) of CAKUT samples in comparison to control (p<0.0001), while in metanephric mesenchyme (mm) (3.5%) and glomeruli (g) (4.15%) was lower than in control (p<0.0001). The highest expression of FGFR1 and FGFR2 was observed in the collecting ducts (Cd) of both CAKUT cases and control. Additionally, expression of FGFR1 and FGFR2 was also higher in Ct and g of controls in comparison to CAKUT cases (p<0.0001).
RIP5 and FGFR1/FGFR2 co-expressed in Cd of controls, while RIP5 and FGFR1 did not co-express in CAKUT samples. In CAKUT cases RIP5 and FGFR2 co-expressed in mm and g. 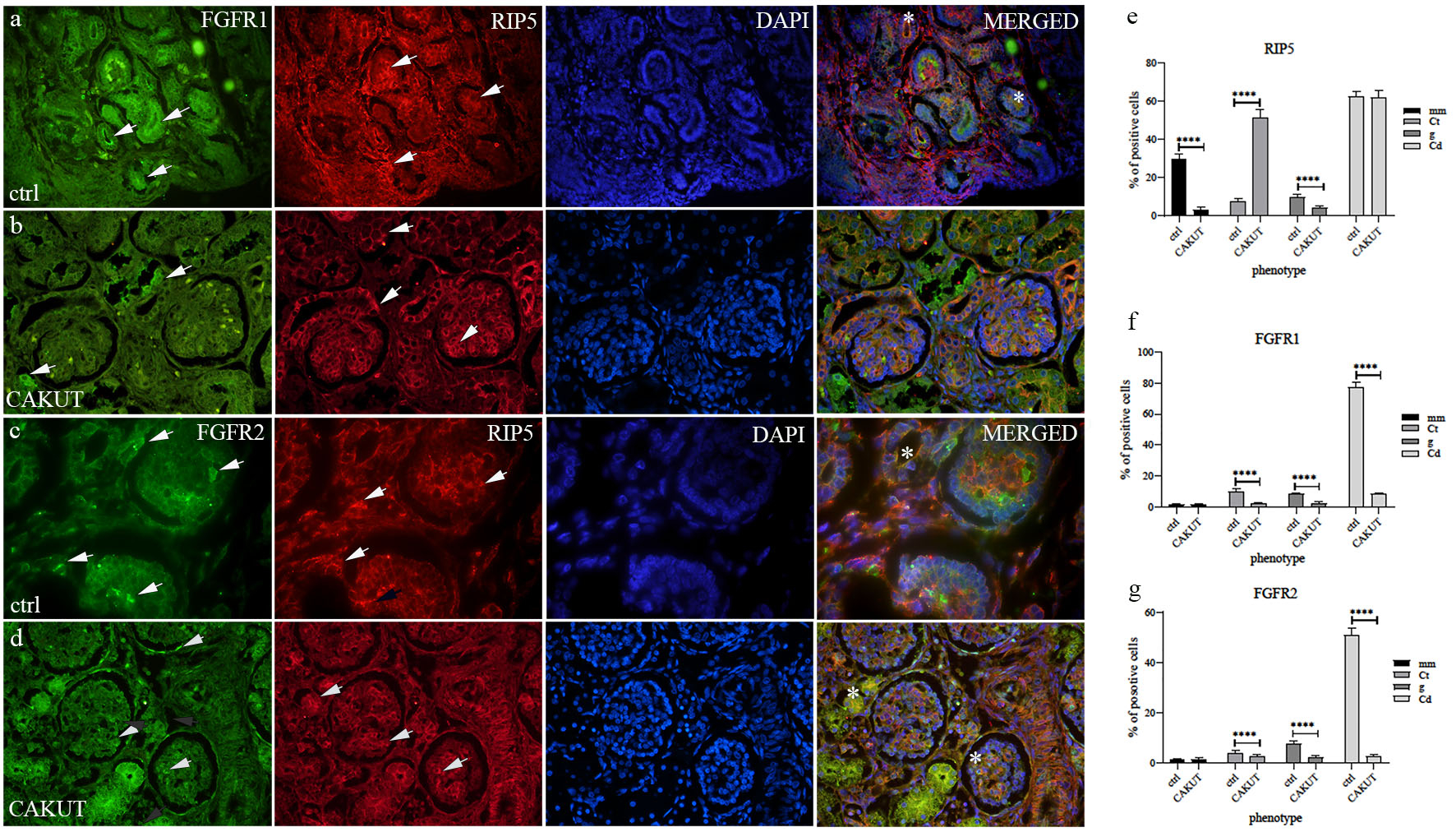