Mitochondrial DNA Haplotypes and Risk of CKD and AKI

Mitochondrial DNA Haplotypes and Risk of CKD and AKI

Experimental models suggest an important role for mitochondrial dysfunction in the pathogenesis of chronic kidney disease (CKD) and acute kidney injury (AKI), but little is known regarding the impact of mitochondrial genetic variation on kidney health. We evaluated associations of inherited mitochondrial DNA (mtDNA) haplotypes with risk of CKD and AKI in a large population-based cohort.

Among self-identified white UK Biobank participants, mtDNA haplotype was associated with eGFR, but not with AKI risk or albuminuria. 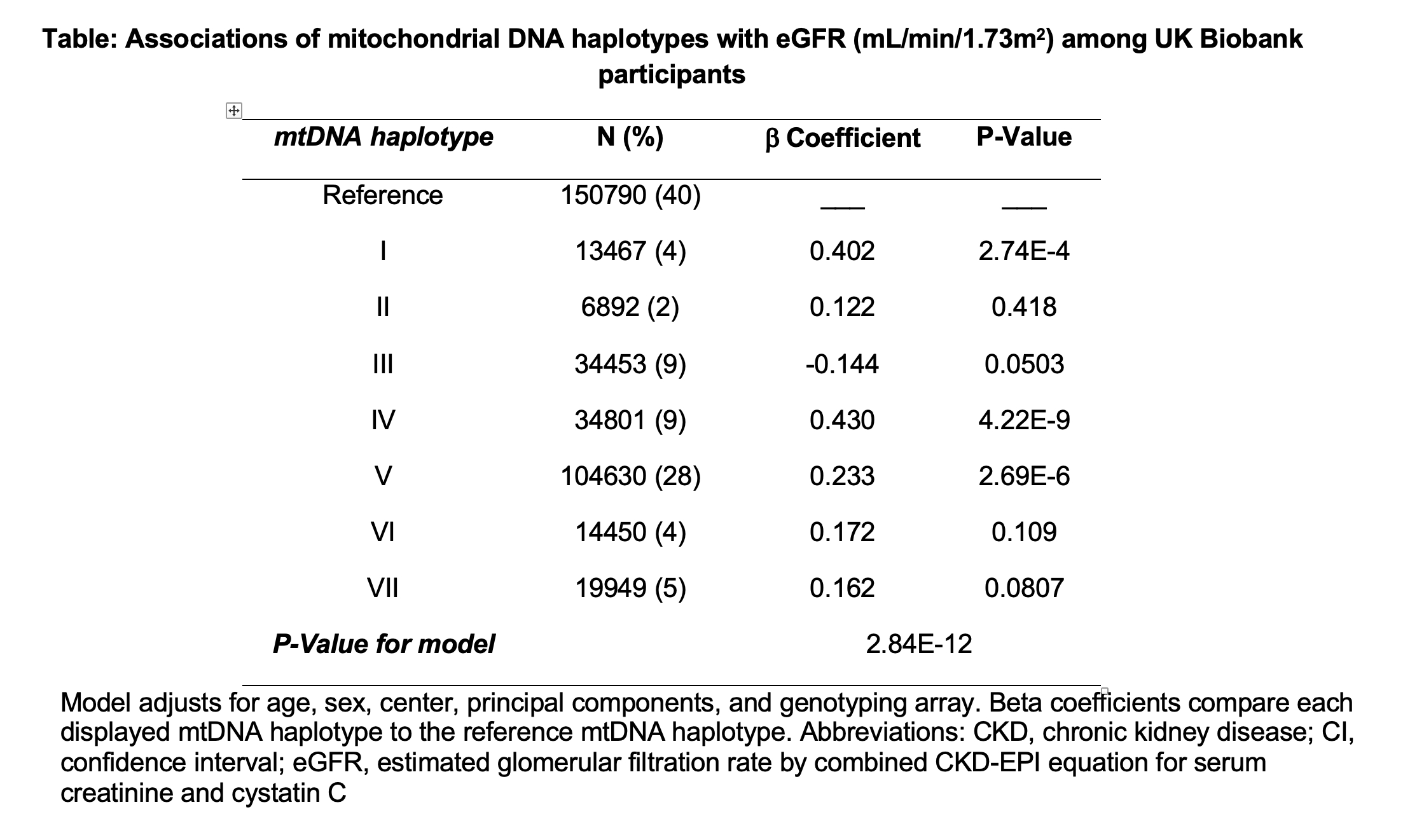