During a median follow-up of 2.9 years 325 people (36%) had MACE. 63 proteins were associated with MACE in the Discovery cohort (FDR p values <0.05); 12 of these proteins had similar effect sizes in the Replication cohort (Figure 1). Tenascin, Vascular cell adhesion protein 1 (VCAM1), V-set and Immunoglobulin Domain containing protein 2 (VSIG2) and Fibroblast growth factor 23 (FGF23) maintained their association with MACE after adjustment for traditional and CKD-specific risk factors.

Increased levels of Tenascin, VCAM1, VSIG2 and FGF23 were associated with an increased risk of MACE in older people with advanced CKD. Our findings highlight VSIG2 as a new potential cardiovascular biomarker and corroborate those of previous studies linking Tenascin, VCAM1 and FGF23 with MACE in people with CKD. 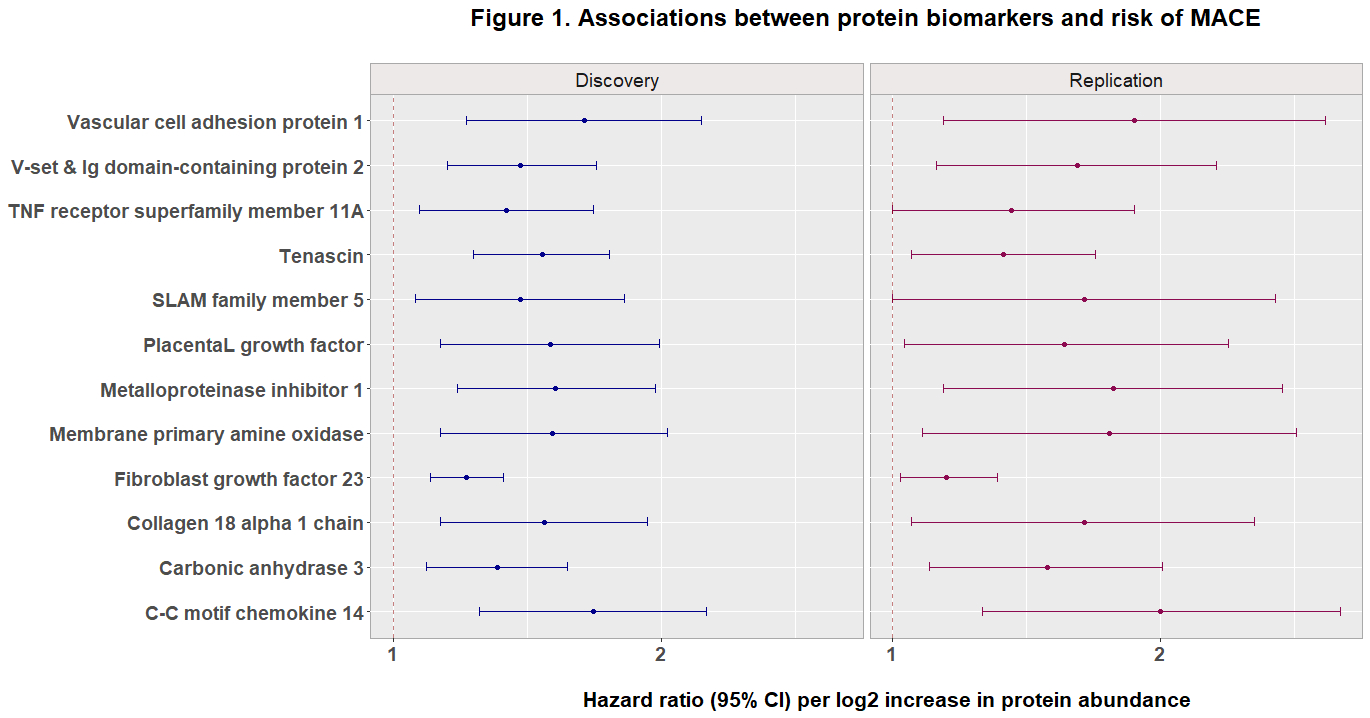