Kidney Tubule Injury and Dysfunction Biomarkers and Risk of Incident Hypertension in Community-Living Individuals: Results From the Multi-Ethnic Study of Atherosclerosis

Kidney Tubule Injury and Dysfunction Biomarkers and Risk of Incident Hypertension in Community-Living Individuals: Results From the Multi-Ethnic Study of Atherosclerosis

Hypertension (HTN) is a major risk factor for the onset and progression of chronic kidney disease (CKD) and cardiovascular disease (CVD). However, the mechanisms leading to essential HTN remain elusive. Here, we evaluated the association between tubule biomarkers and risk of developing HTN.

We randomly sampled 463 MESA participants who did not have prevalent CKD or diabetes, but excluded 166 participants who had prevalent HTN. We measured six plasma tubule biomarkers (KIM-1, MCP-1, suPAR, TNFR1, TNFR2 and YKL-40) and five urinary tubule biomarkers (EGF, KIM-1, MCP-1, YKL-40 and urine albumin) at baseline. The primary outcome was the development of incident HTN, defined as either a systolic BP≥ 140 mmHg, a diastolic BP ≥ 90 mmHg, or the use of any antihypertensive medication during a follow-up period. Multivariable Poisson regression was used to examine associations between baseline kidney tubule markers and urine albumin with incident HTN.

In this study of community-living individuals without CKD, diabetes, or CVD, in an adjusted model there was no association of selected kidney tubule injury or dysfunction biomarkers with incident HTN. In comparison, urine albumin was independently associated with incident HTN. 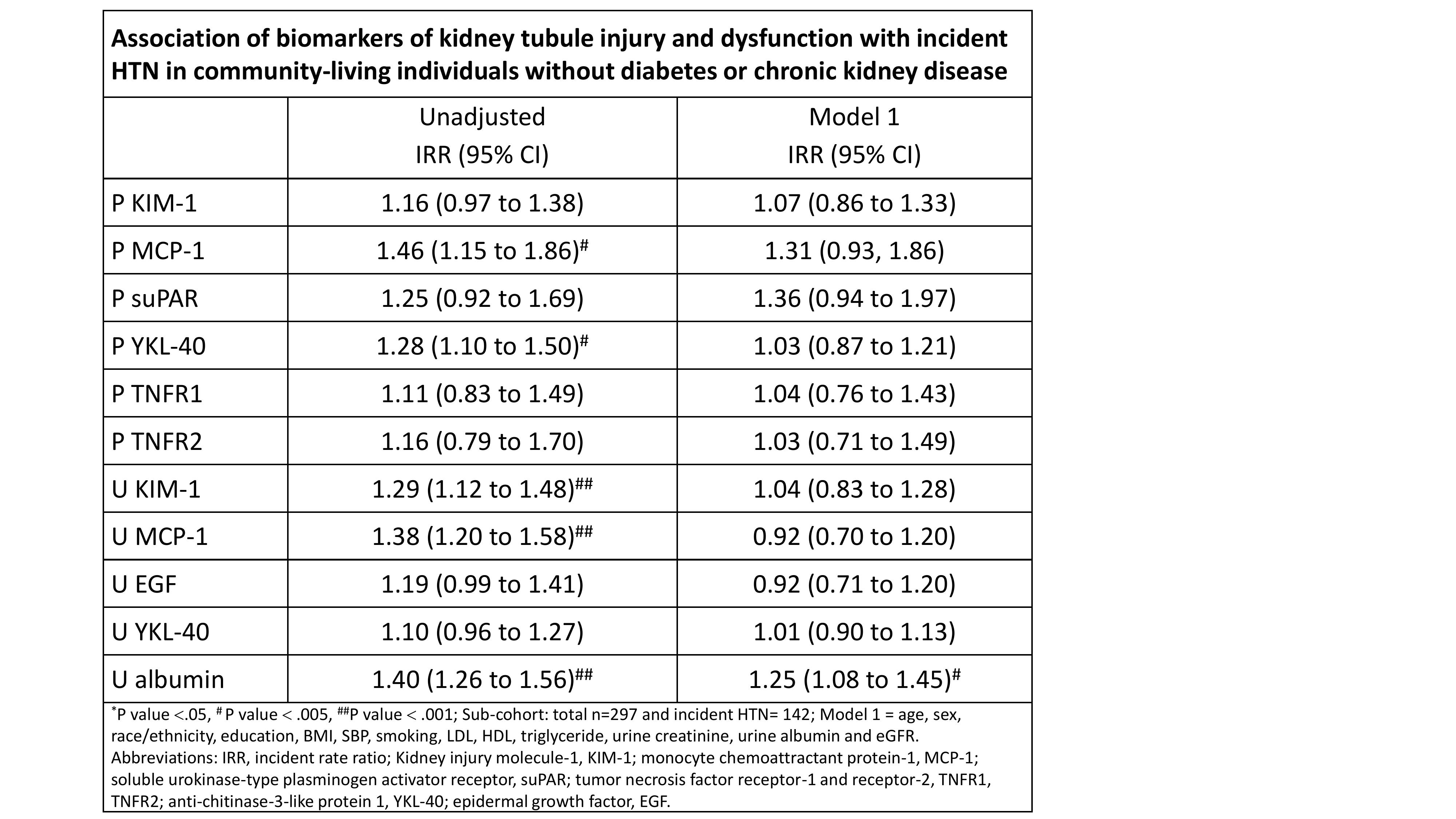