African Americans are almost four times as likely as White Americans to develop kidney failure. In the last decade, significant advancements in the diagnosis and management of patients with genetic kidney diseases have been made. Whether disparities in access to genetic testing between racial groups exists has not been previously examined. 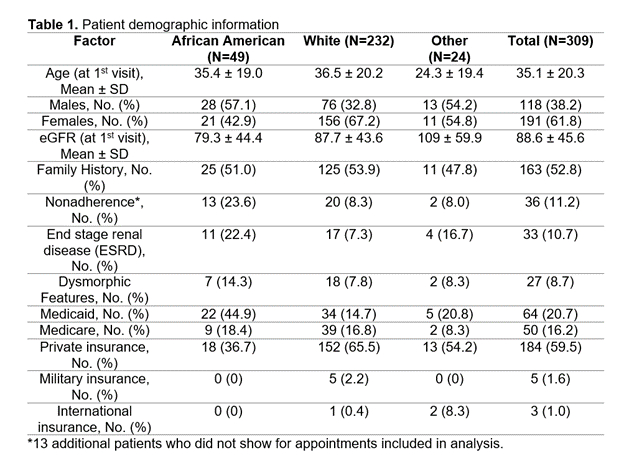