There is a paucity of published data on the outcomes following kidney transplantation in patients with cystic fibrosis (CF).

The USRDS database was used to locate all patients with CF who were diagnosed with ESRD prior to 12/31/2018 undergoing a first kidney transplant. CF patients were compared to non-CF patients undergoing first kidney transplant for the same period. Demographic data was compared using linear and logistic regression. Survival curves for death-censored graft survival and death were compared between groups using cox regression.

There is no difference in death-censored graft survival for patients with CF. Patients with CF have shorter survival after transplantation when compared to a non-CF cohort. 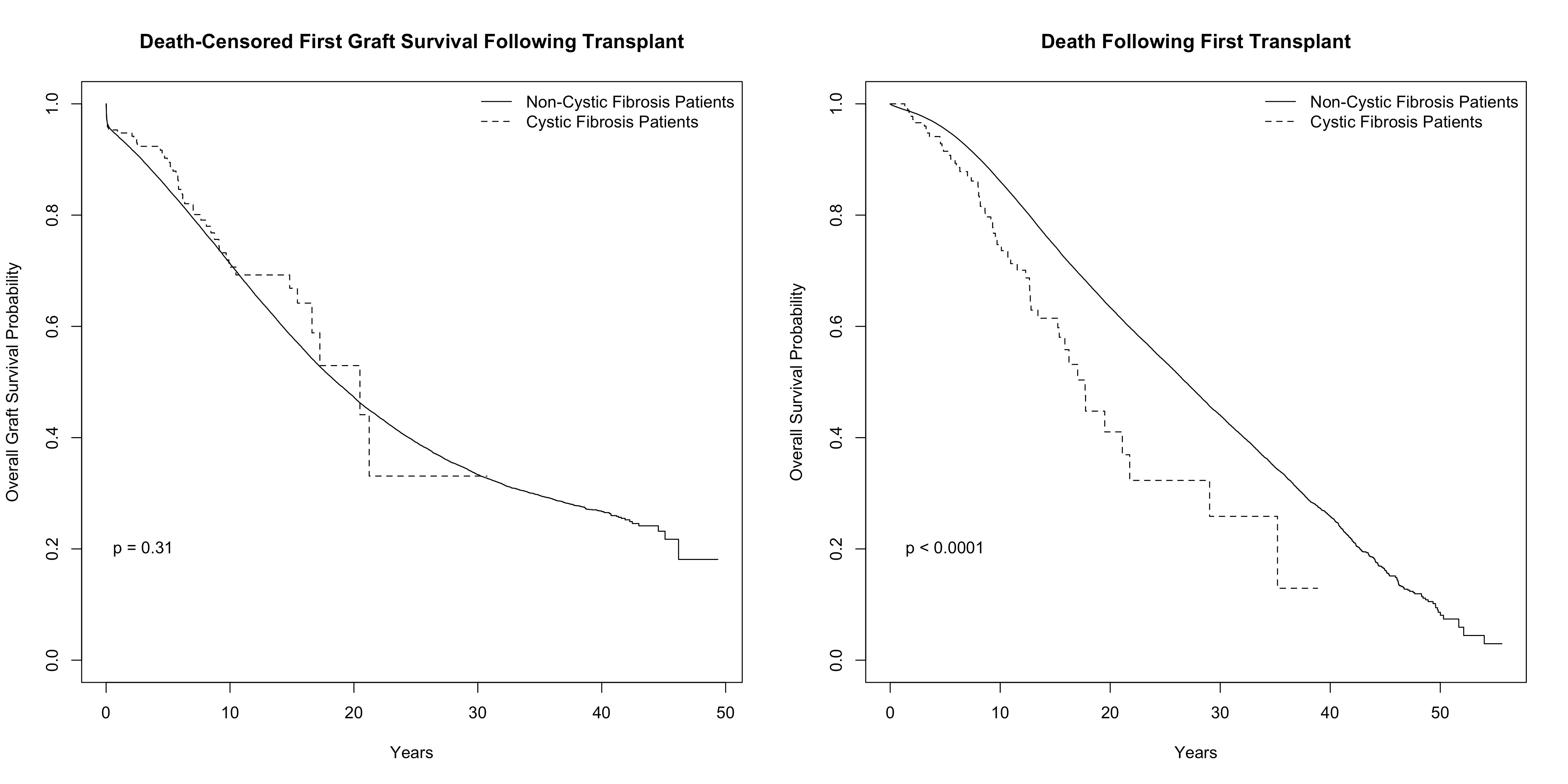