By convention, albuminuria, a major risk factor for CKD progression, is classified as moderately (30-300 mg/g) or severely (>300 mg/g) increased. However, the relationship of low-grade albuminuria (<30 mg/g) with CKD progression has not been well-studied among individuals with CKD.

We examined the association of urine albumin to creatinine ratio (UACR) with CKD progression (defined as eGFR decline >50% or incident ESKD) in 1629 participants with UACR <30 mg/g enrolled in the Chronic Renal Insufficiency Cohort (CRIC) Study. Multivariable-adjusted Cox-proportional hazard models tested the association of CKD progression with UACR modeled as a continuous variable (log base 2) and in tertiles.

Low levels of urine albumin excretion, well below the threshold set in the current CKD staging system, were independently associated with CKD progression. Future studies are needed to determine the optimal threshold for initiation of treatment with anti-proteinuric agents and whether the further reduction in albuminuria may improve adverse clinical outcomes in individuals with CKD. 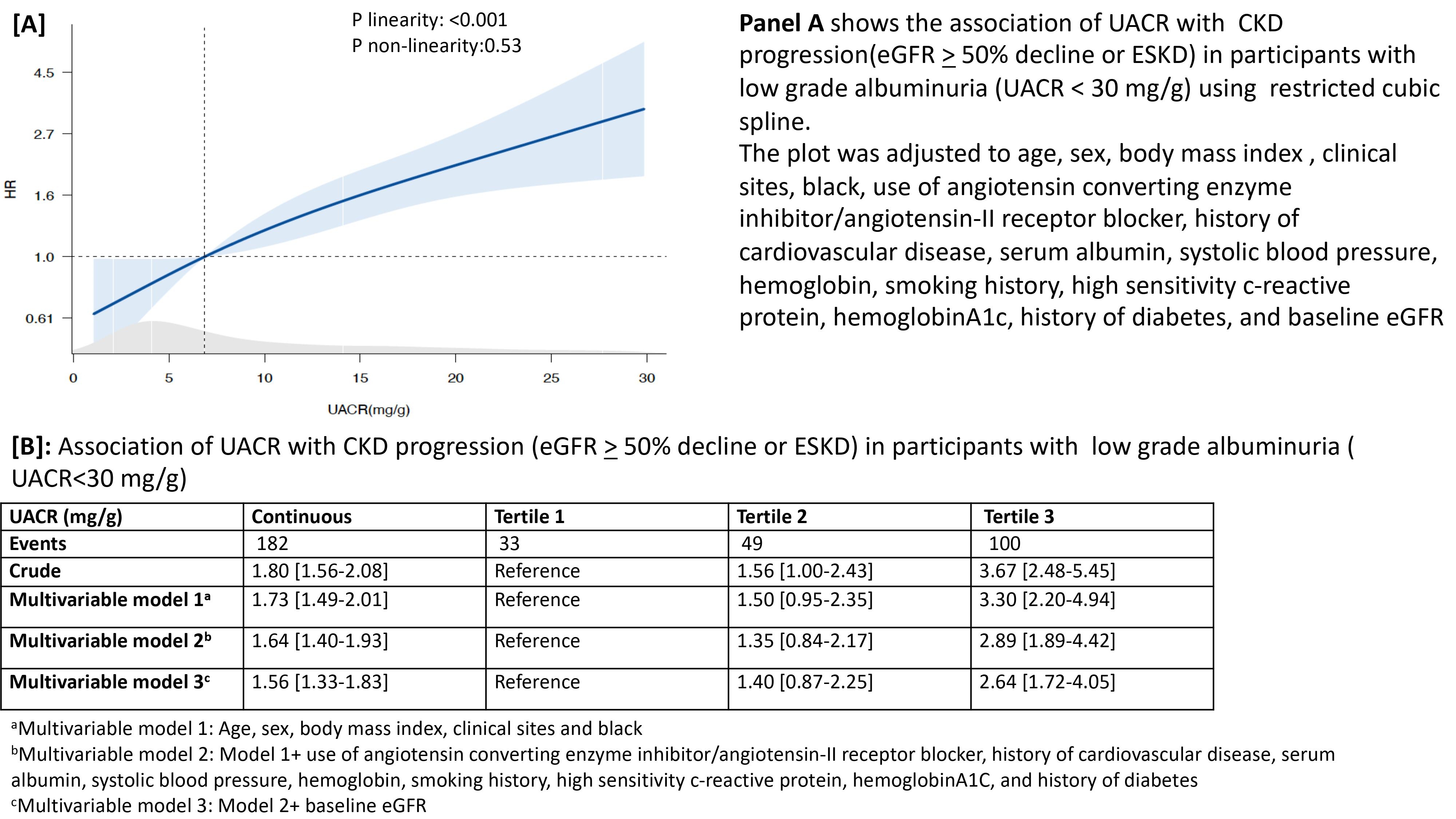