The optimal timing of arteriovenous (AV) access creation remains a challenge. Our aim was to study if a Kidney Failure Risk Equation (KFRE) threshold would improve AV access planning.

From 28,798 patients included in the Swedish Renal Registry-chronic kidney disease 2008-2020 we generated two cohorts; first visit when KFRE was >40% (KFRE40), and first visit when estimated glomerular filtration rate (eGFR)<15 ml/min/1.73m2 (eGFR15). The cohorts were followed until start of kidney replacement therapy (KRT) and death, the proportion of patients starting hemodialysis with a working access and test diagnostics for the two methods were described.

Using KFRE >40% as decision threshold would increase the proportion of patients starting with a working AV access at the cost of more patients experiencing unnecessary surgery. The KFRE threshold >40% could complement decision making for vascular access creation. 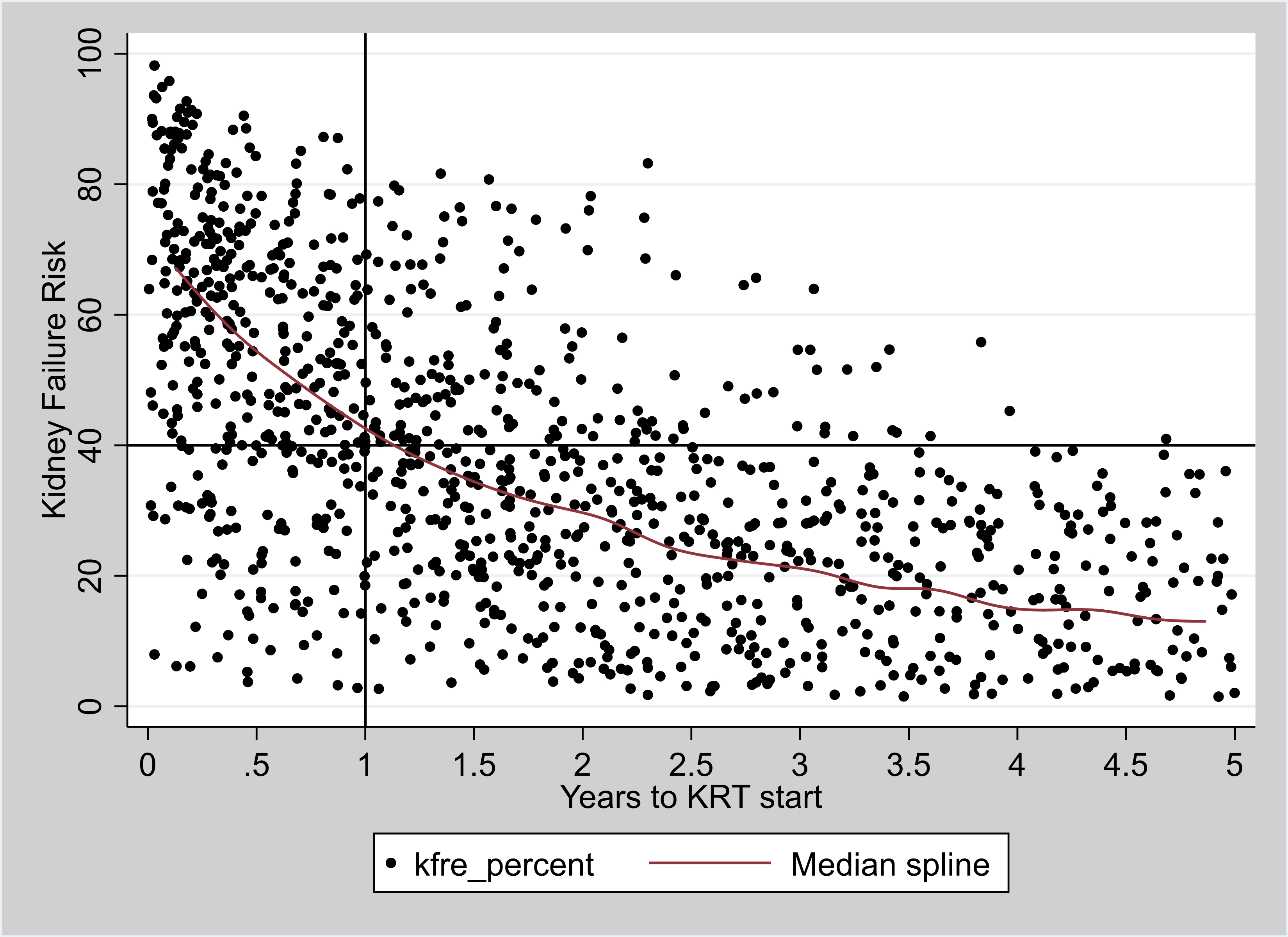 Development of KFRE in nephrology-referred patients, in the year before Hemodialysis initiation