Genetic studies have focused on associations between genetic variants and the risk for AKI compared to controls, but this framework may be limited because AKI is highly heterogeneous. We hypothesized that a GWAS for distinct AKI recovery patterns (resolving versus non-resolving AKI) would identify novel and robust genetic risks for AKI.

We included 2,271 patients with AKI previously enrolled in three different studies of hospitalized patients (ASSESS-AKI, iSPAAR and HMC Trauma). Resolving AKI was a ≥ 0.3 mg/dL or ≥ 25% decrease in serum creatinine within the first 72 hours after AKI onset (n=1524) and non-resolving AKI was the absence of resolving (n=747). Array-based genome-wide genotypes were obtained from each dataset and imputed with Haplotype Reference Consortium v r1.1. We pooled results from all three studies and used an additive genetic model adjusting for site, age, sex, and the first 10 principal components (significance was p<5x10 -8).

Identification of genetic risks for AKI may be facilitated by a focus on less heterogeneous sub-phenotypes, such as non-resolving AKI. Our findings suggest that genetic variation that alters expression of AIG1 confers greater risk of non-resolving AKI. 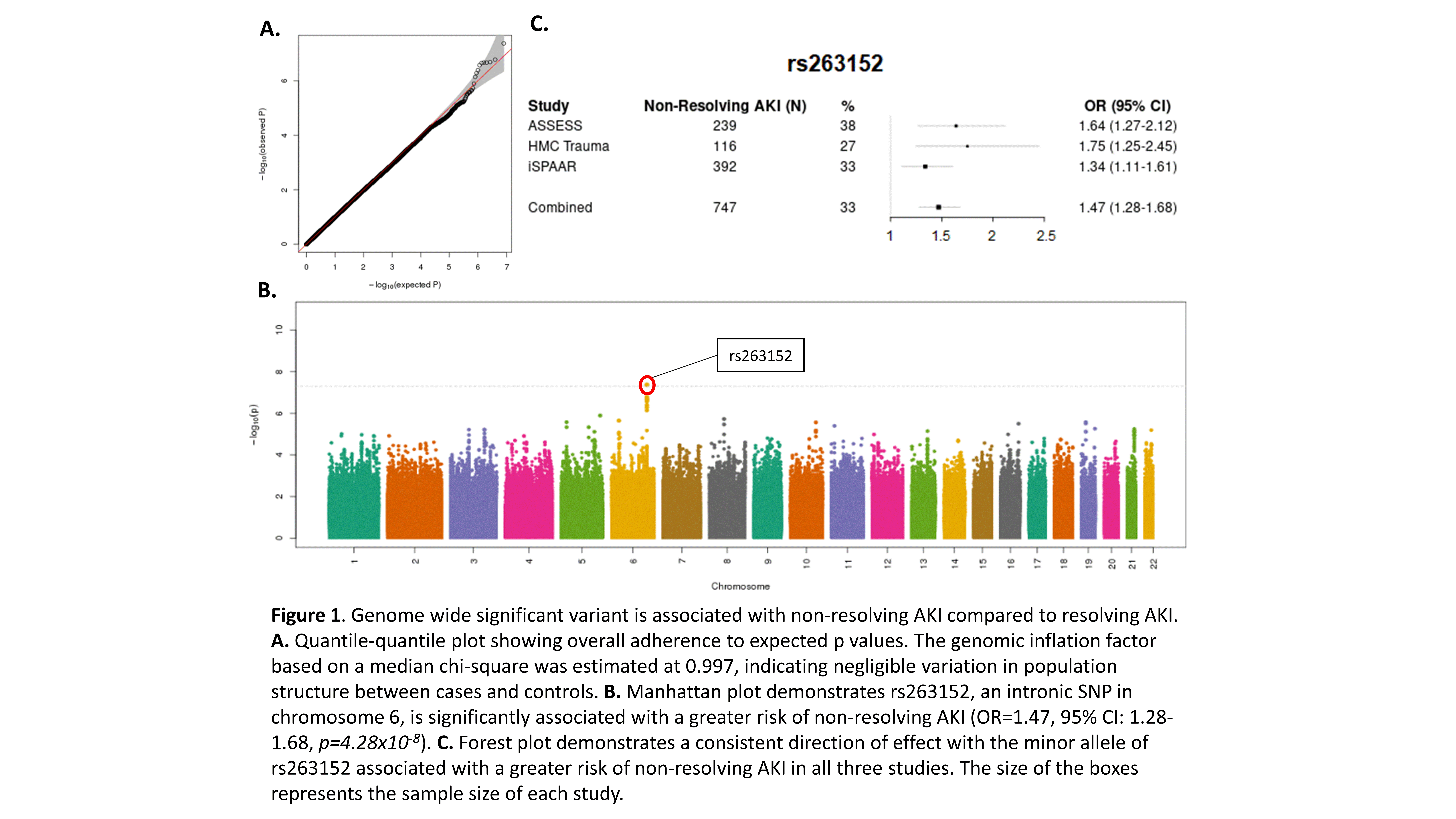