We performed a genome-wide CRISPR screen in a nephrotoxic model of tubular epithelial cell-death with SS-31. The primary and secondary screens in BUMPT and HK-2 cells showed that PLSCR3 is essential for the protective effects of SS-31. Seahorse based analysis of mitochondrial function was also carried out in WT and PLSCR3 KO HK-2 cells. Conditional KO mice were generated by crossing PLSCR3-floxed with GGT1-Cre mice (Fig. 1). Next in vivo KO of PLSCR3 through hydrodynamic intravenous RNAi injections was done. The severity of renal injury (IRI and cisplatin) was monitored in control and KO littermates or in mice injected with control and PLSCR3 siRNA through measurement of BUN, serum creatinine, histological analysis, and biomarker analysis. 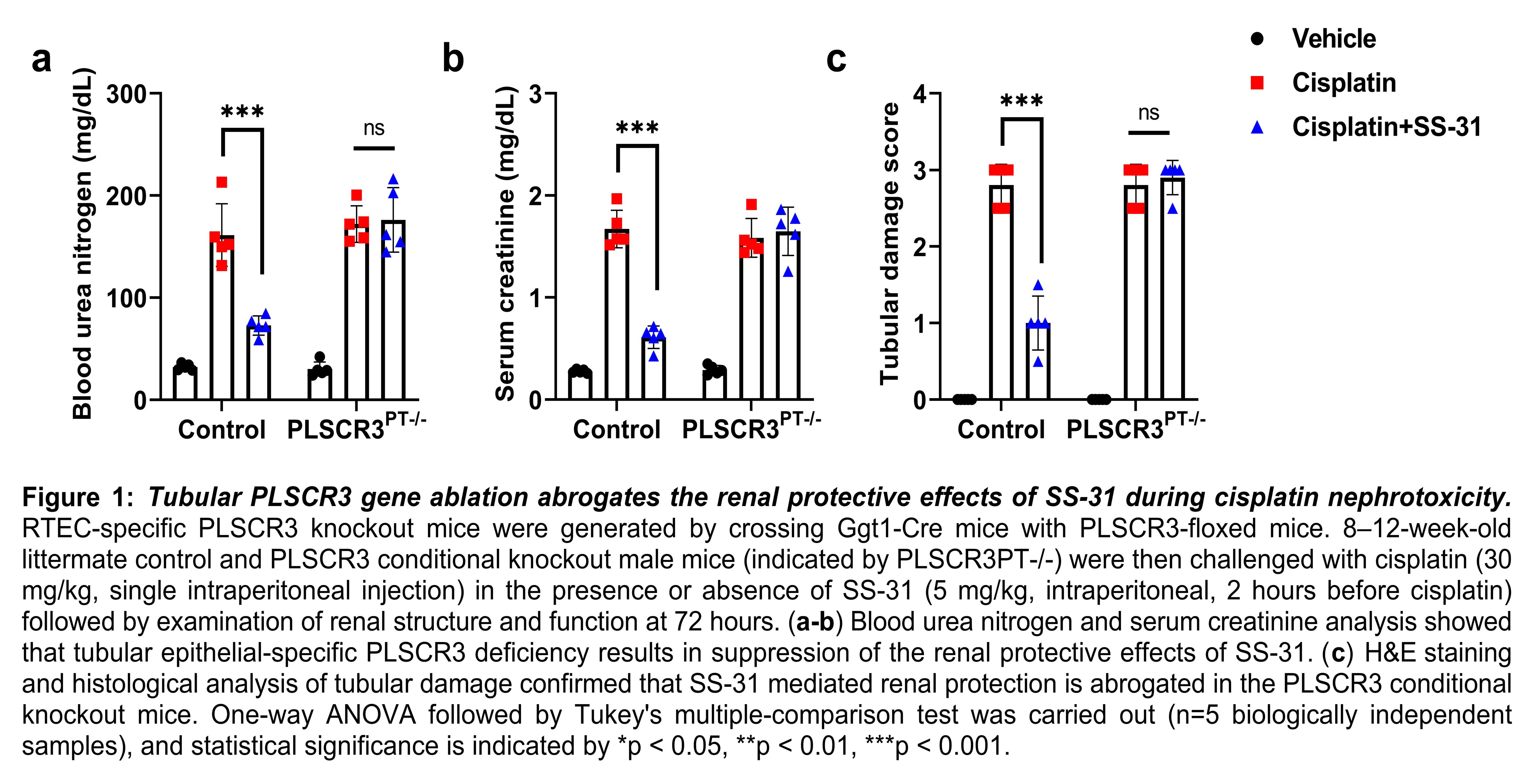