We assessed ESKD pts for FI using the Hunger Vital Sign® by a verbal screen and later by paper questionnaire. Patients were considered FI if they answered positive on either screen. Relevant patient data [i.e. gender assigned at birth, age, race, etiology of kidney disease, BMI, weight status, eGFR, KRT modality & presence of hypertension] were obtained at the time of initial screening. 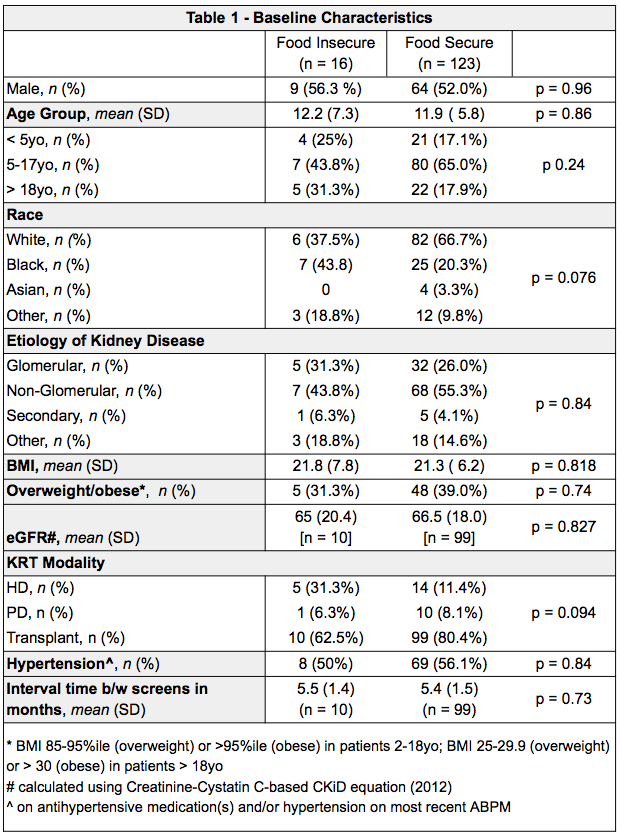