Selected renal cells (SRC), a renal epithelial cell-enriched platform, is being advanced as autologous cell-based therapy for treatment of chronic kidney disease (CKD). In this study, we coupled empirical data with gene ontology to test the hypothesis that SRC stabilizes or improves renal function at least in part by co-expressing proteins involved in early kidney development.

Genes coding for 8 proteins viz. Rack1 (Gnb2l1), Six2, Osr1, Lhx1, Ret, Fgf8, nephrin (nphs1) and podocin (nphs2) expressed by human SRC (doi.org/10.1016/j.ekir.2022.04.014) were seeded into STRING and Genemania. The knowledge bases were queried for co-expression of these empirically identified nodes in human tissue, and other nodes comprising this interactome.

Use of either database suggested that these 8 nodes are not known to be co-expressed in human tissue (Figures 1a and b). Indeed, both search engines returned co-expression interactomes less Rack1 and Ret. The resulting network nevertheless included additional nodes (Figure 1b) involved in urogenital development, metanephric nephron development, renal polarity, glomerular development, and other aspects of neo-nephrogenesis.

To the best of our knowledge, human SRC is unique, co-expressing Rack1, Six2, Osr1, Lhx1, Ret, Fgf8, nephrin and podocin. These data also suggest that SRC bioactivity is driven by co-expression of proteins critical to several elements of neo-nephrogenesis and their spatiotemporal coordination, and support the mechanism of action of its clinical effects. SRC-based Renal Autologous Cell Therapy (REACT™) is in clinical trials for CKD caused by type 2 diabetes and congenital anomalies of kidney and urinary tract and has been granted Regenerative Medicine Advanced Therapy designation by Food and Drug Administration. 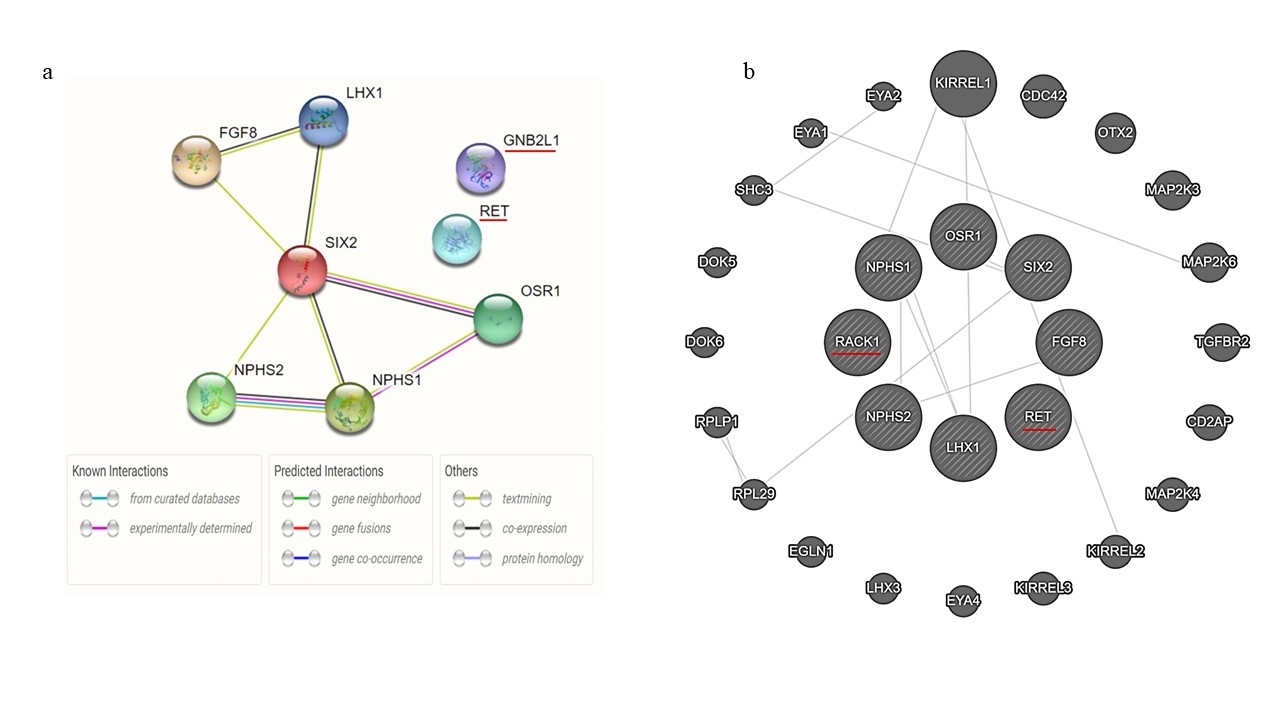 Figure 1. STRING (a) and Genemania (b) queries in human tissue for co-expression networks of 8 nodes expressed on SRC returned interactomes less rack1 and ret (red underbars); additional nodes were identified as part of this interactome.