A 72-year-old man with lung adenocarcinoma treated with Bevacizumab and Atezolizumab. During treatment, he developed nephrotic syndrome. A diagnosis of a phospholipase A2 receptor-positive primary membranous nephropathy associated with atezolizumab was made. After failing to respond to steroid therapy, treatment with rituximab was the preferred option. Eight months after being treated with rituximab and ten months after atezolizumab was stopped, the patient maintained preserved renal function and negativization of anti-PLA2R was achieved. Proteinuria declined to half of its initial value five months following anti-PLA2R negativization.

As we have described, glomerular involvement, like membranous nephropathy, yet not frequent, could cause a high disease burden and affect the oncological and renal outcomes. We believe monitoring for proteinuria during treatment with ICI is crucial to determine an indication for a timely kidney biopsy and treatment. 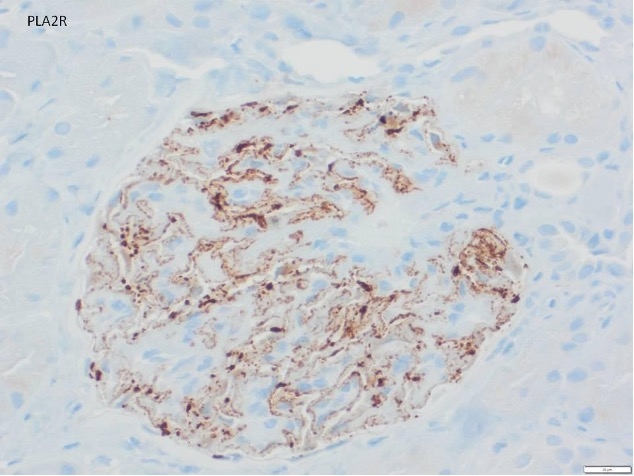