71 KTR with biopsy-proven FSGS transplanted between 2005 and 2020 at two tertiary nephrology centres in North-west England were evaluated. Demographic, clinical, and native kidney histological data were analysed. Risk factors of rFSGS and their impact on allograft outcomes were evaluated using Cox proportional hazard methods 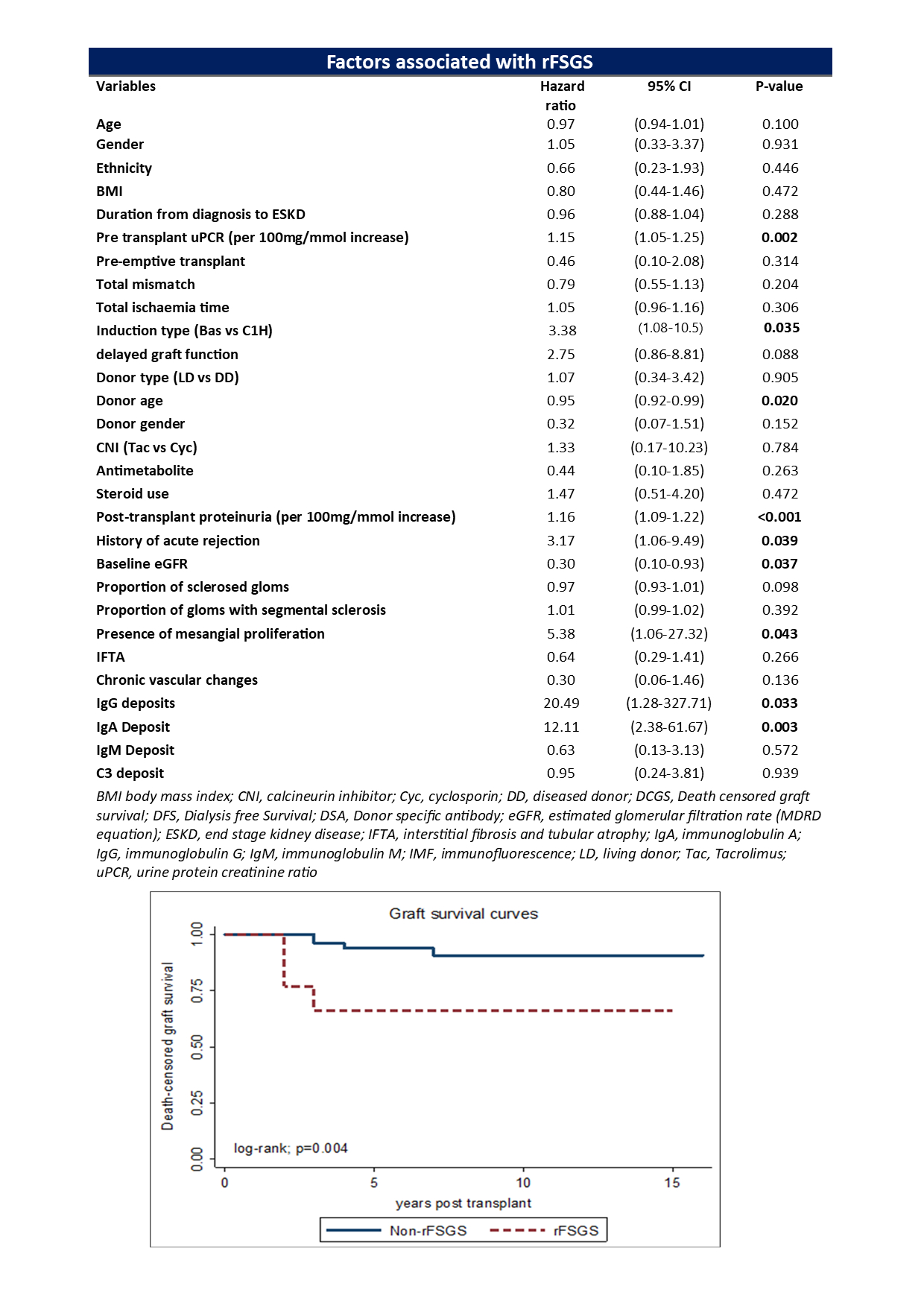