Repeated episodes of ischemia/reperfusion (IR) induce protection against acute kidney injury (AKI), but their long-term effects are unknown. This study was designed to evaluate the transition to chronic kidney disease (CKD) after three moderate and three severe episodes of IR compared to a single episode of IR.

AKI was induced in male Wistar rats that received a single IR (1IR) or three episodes of IR separated by an interval of 10 days (3IR) of moderate (20 min, n=8) or severe (45 min, n=8) bilateral renal ischemia, in both cases, sham operated groups were included (n=6). AKI to CKD transition was evaluated after 9 months. The immediate effects of IR were studied in another set of experiments done 24 h after in the 1IR group (n=5) and after the last IR in the 3IR group (n=8).

IR induced AKI that improved before the next episode of IR in the 3IR group. During the subsequent 9-months, the 1IR group (underwent moderate or severe IR) developed CKD, evidenced by progressive proteinuria and renal fibrosis. In contrast, the late adverse effects of IR were markedly ameliorated in the 3IR groups. The immediate response after the 3rd IR episode was a robust increment in the expression of hemoxygenase-1 (HO-1), IL-10, TGF-β and CD206 positive infiltrating cells, and a decrease of IL-6, TNF-α, and phosphorylation of NFκB-p65. Interestingly, most CD206 positive cells co-localized with HO-1 in the interstitium. These results contrasted with the response to a single IR episode. In addition, repeated episodes of IR downregulated the expression of CHOP and BiP, endoplasmic reticulum (ER) stress markers. 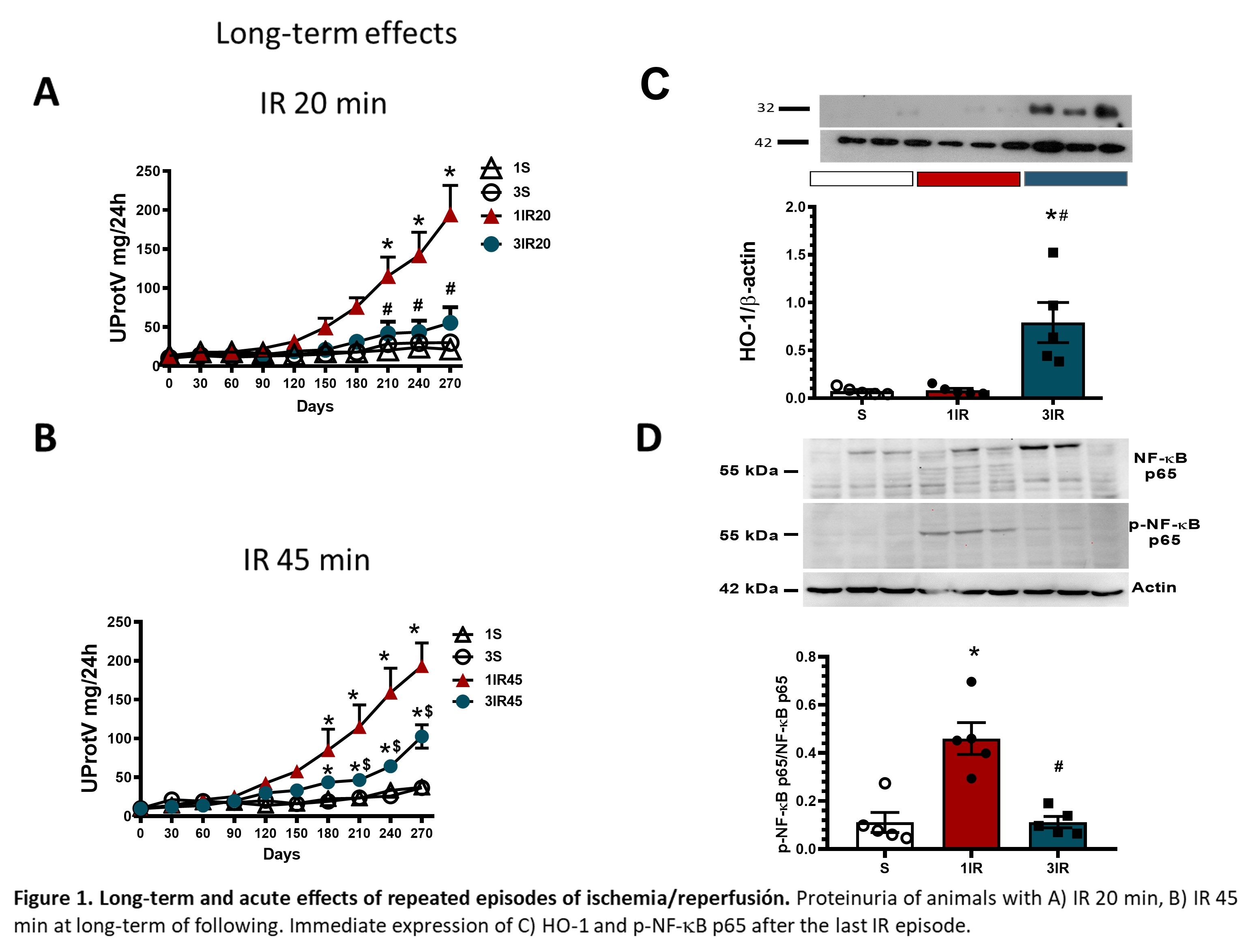