Gender Disparity on the Association Between Dietary Sodium Intake and Blood Pressure: Analysis of the NHANES 2017-2018

Gender Disparity on the Association Between Dietary Sodium Intake and Blood Pressure: Analysis of the NHANES 2017-2018

A cross-sectional study using data from the NHANES from 2017 to 2018 included participants ≥18 years old. Association between DSI and systolic blood pressure (SBP) was examined by multiple linear regression.

Higher DSI is inversely associated with SBP levels in women, but not in men. This disparity and paradoxical relationship may explain better BP response to low dietary sodium intervention in women compared to men, although longitudinal studies are required to elucidate the mechanism. 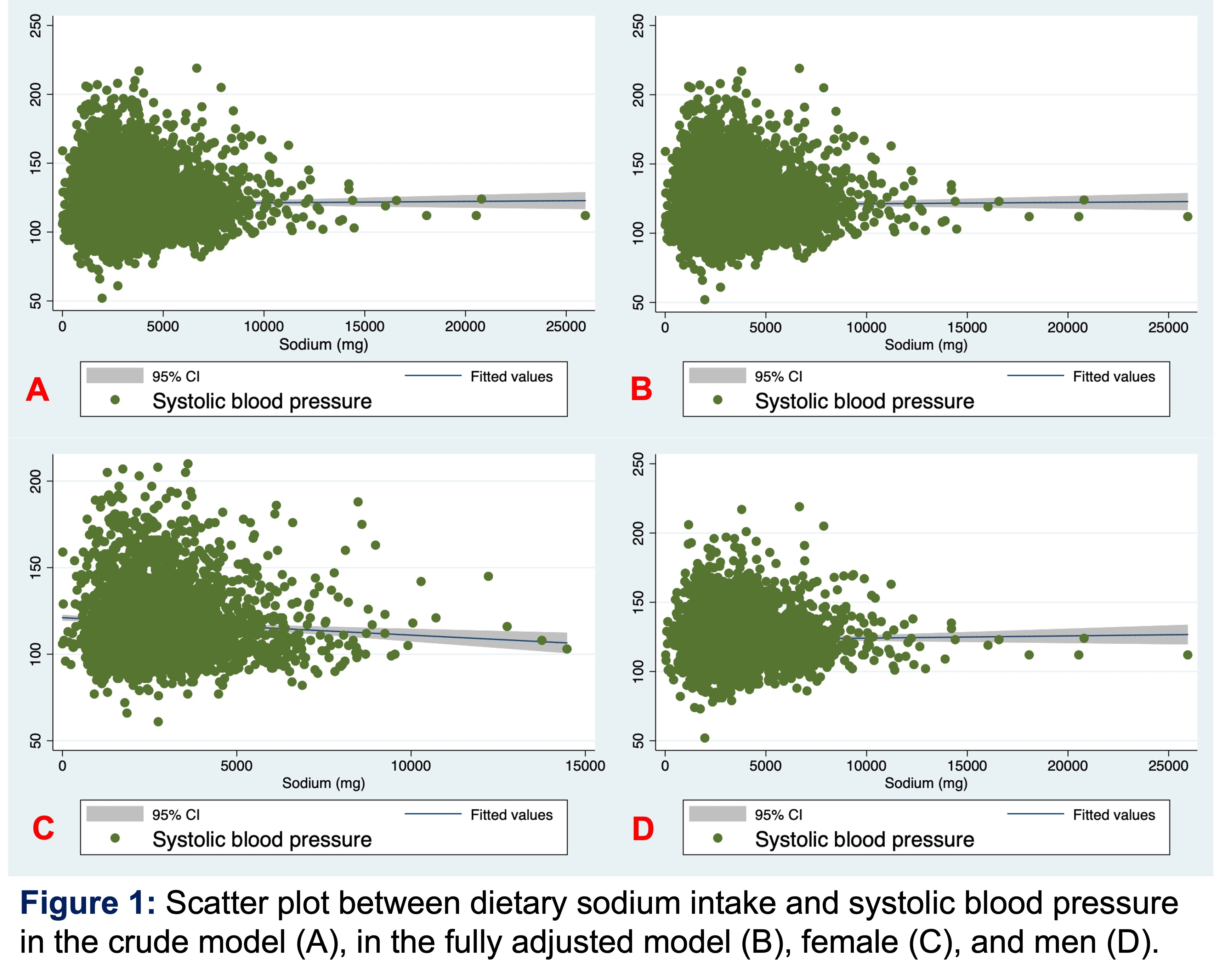