Transplant or Discard: Pathology From a Single Biopsy Should Not Influence Decision to Discard

Transplant or Discard: Pathology From a Single Biopsy Should Not Influence Decision to Discard

Thousands of patients die awaiting a transplant, while 20% of kidneys are discarded. Glomerulosclerosis (GS) and interstitial fibrosis with tubular atrophy (IFTA) are the main reasons to discard kidneys. Histologic risk scores have been developed, but assume a single biopsy represents the whole kidney. The variance of pathology from high risk kidneys, representing the reproducibility of a decision to transplant based on biopsy, has not been evaluated. Here, we measured the variance of pathology in KPDI≥85 kidneys to determine the effect on discard decisions.

A single biopsy does not represent whole kidney pathology. Pathologic findings from a single biopsy should not guide decisions to discard potenitally suitable kidneys. These data, and observations that biopsy findings do not predict transplant outcomes, highlight the need for tools to measure whole kidney pathology to identify transplantable kidneys. 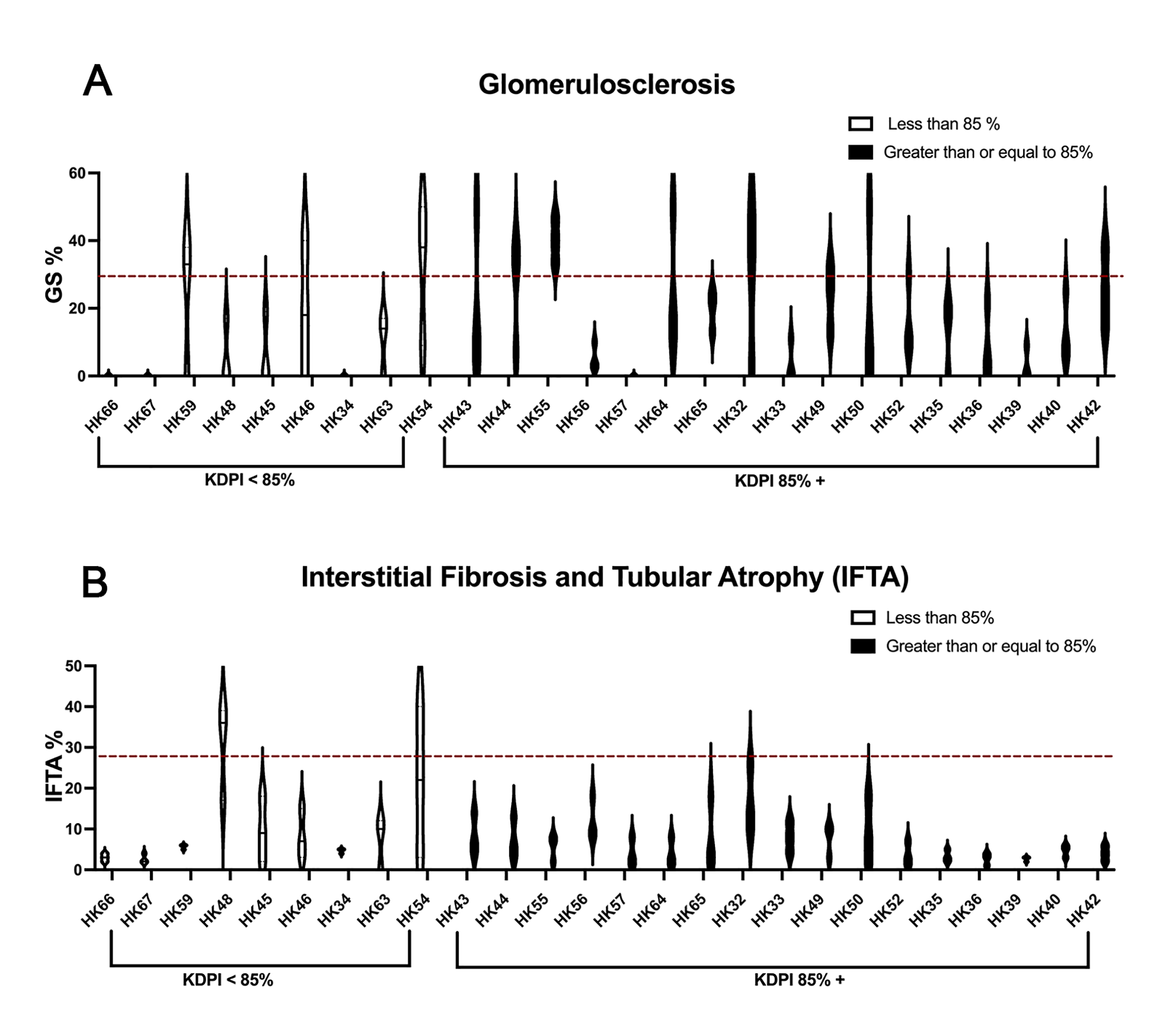