We identified several metabolites associated with uremic symptoms, which could be targeted for future interventions if replicated in other studies. 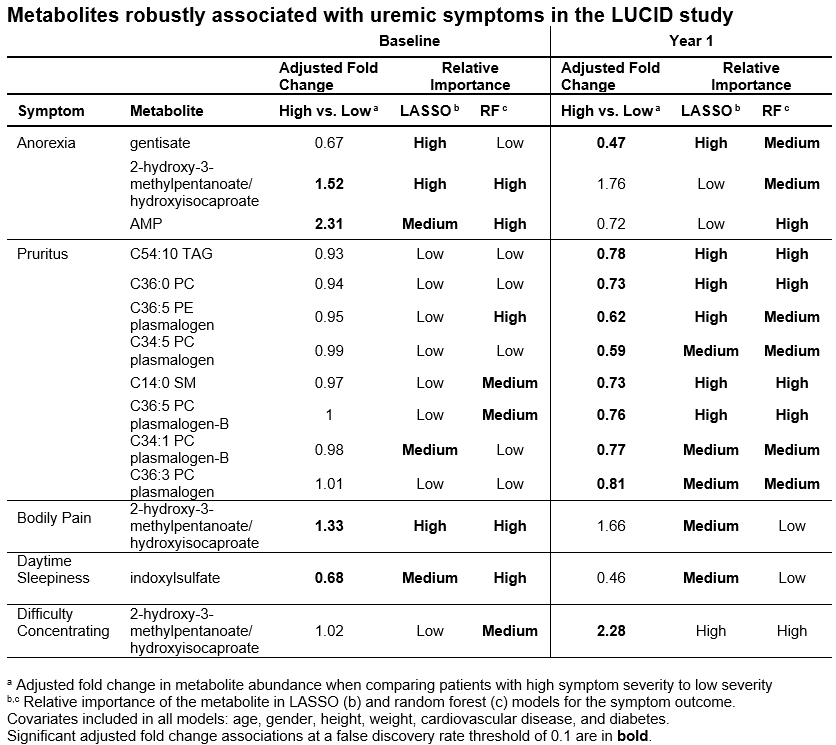