Our understanding of the pathogenesis of chronic urinary tract infections (UTIs) is poor. Having previously identified the importance of IL-6 in UTI susceptibility, we sought to identify the role of the downstream transcription factor, Stat3, in UTI susceptibility, particularly in chronic infection. We hypothesize that Stat3 is involved in limiting UTI development and chronicity.

Compared to WT, Stat3C mice demonstrated significantly decreased urine bacterial burden at 24 hours post infection (hpi) and 7dpi with bladder burden being significantly less at 7dpi. There was no significant difference in IBC phenotype at 6hpi. H&E of Stat3C bladders at 24hpi showed less inflammation and edema compared to WT. Both uninfected and infected Stat3C urothelium showed Stat3 reactivity by IF with relatively little staining in WT mice. Stat3C and WT urothelium demonstrated induction of pStat3 after infection with apparent persistence of pSTAT3 in Stat3C at 7dpi. Stat3C urothelium showed more Ki67 staining at 24hpi compared to WT. There was significantly higher induction of certain AMPs with eUTI in Stat3C vs. WT mice on qRT-PCR.

Stat3 appears significant in protecting against chronic UTI. This could be through differences in urothelial regeneration and turn over as well as through elevated AMP expression. 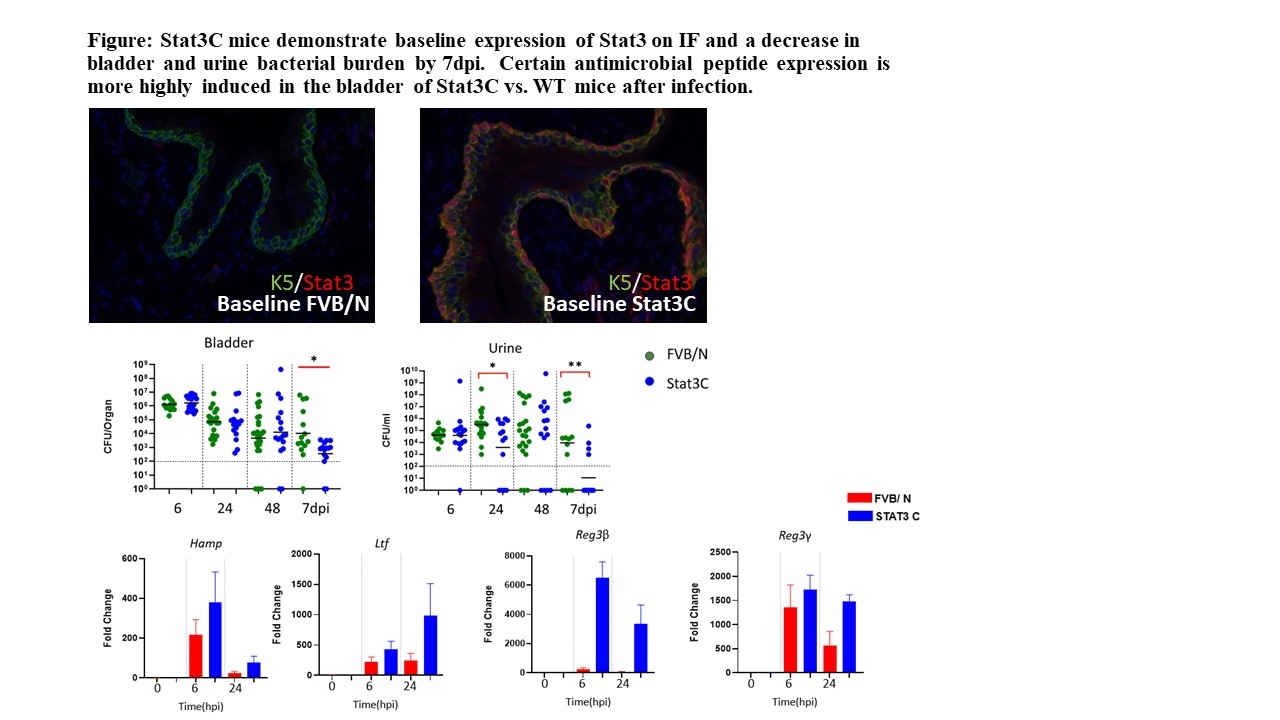