Acute kidney injury (AKI) is associated with an interplay between endothelium and epithelium as a part of both injury and repair cycles. We have shown that microparticles (MP) derived from renal epithelial cells are released in the setting of AKI and can carry the biological activity that could induce inflammation.

In this study, we evaluated if the MP derived from renal proximal tubular epithelial cells (RPTEC) after exposure to inflammatory stress-induced human umbilical vein endothelial cells (HUVEC) by using the monocyte adhesion assay. HUVEC and THP1 monocytes were maintained under standard cell culture conditions and exposed to RPTEC derived MP, TNFα, or vehicle (control). For Adhesion of THP1 cells to treated HUVEC, THP1 cells were labeled with Calcein Red Orange at a final concentration of 10 µmol/L. Total fluorescence intensity, automated THP1 cell counts, and fluorescence of blank media was measured with a Cytation 5 plate reader. Unbound THP1 cells were removed by washing, and the remaining fluorescence intensity and THP1 cell counts were measured again.

MP derived from renal epithelial cells can induce endothelial cells as demonstrated by their ability to cause monocyte adhesion. These results suggest that microparticles can mediate cellular cross-talk, and in turn can affect injury and repair cycles in AKI. 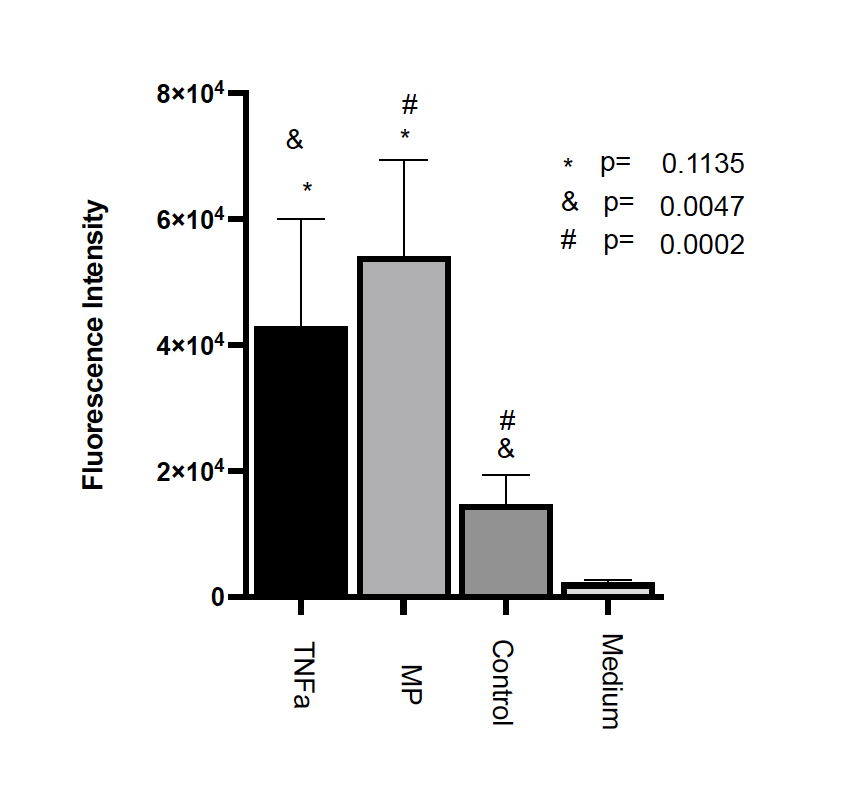