Dialysis vascular access is currently both the “Lifeline” and the “Achilles heel” of dialysis vascular access. Dialysis access grafts suffer from clinical complications such as kinking, thrombosis, restenosis, and lack of rapid endothelialization. An anti-kinkable vascular access graft which promotes rapid endothelialization, thus restricting thrombosis and restenosis is a clinical necessity. Previously, we have successfully developed an acellular vascular graft which showed promising results in small animals. Here, we have reinforced the same graft to provide anti-kinking properties, and examined its effectiveness in a large animal model of AV stenosis.

6 mm graft comprising poly-ε-caprolactone (PCL) and polyethylene glycol norbornene (PEG-NB) was coaxially electrospun with PCL as the core and PEG-NB as the sheath and conjugated with various biomolecules. Biodegradable polydioxane sutures were spirally wound for anti-kinkability. These grafts were implanted in a loop configuration between the femoral artery and vein of pigs. Computer tomography (CT; weeks 1 and 4) and Doppler ultrasound examination (a week for 4 weeks) was performed. The grafts were removed after 28d for histological examination.

We observed no kinking of the grafts during the test period. The CT scan showed a patent lumen with continuous blood flow. Ultrasounds documented patency and an average volume flow of 756.3 ml/min (Fig. 1a-c). Histology revealed active cellular integration, ECM synthesis and the formation of a luminal endothelial layer (Fig. 1d). 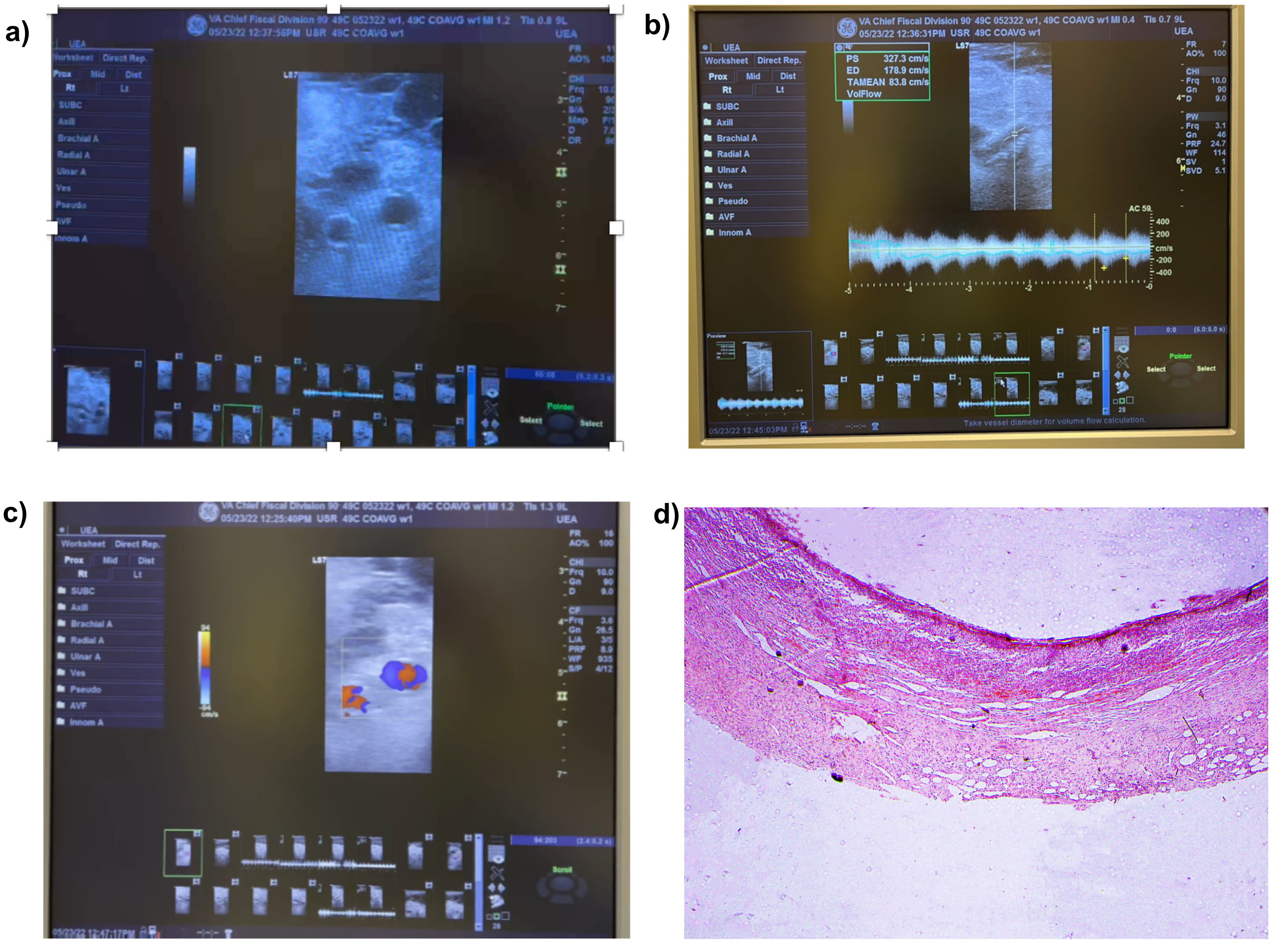