Racial Disparity in Anemia of CKD in the Adult US Population: Results From NHANES 1999-2018

Racial Disparity in Anemia of CKD in the Adult US Population: Results From NHANES 1999-2018

Racial disparities have been reported in the U.S for many aspects of clinical care, including in CKD. Evaluation of anemia in CKD patients in a representative population in the United States has not been examined.

We analyzed data from NHANES 1999 to 2018 which included 101,316 participants. eGFR was calculated using the race-free CKD-EPI 2021 equation. CKD was defined and staged based on KDIGO guidelines. Anemia was defined using WHO criteria. Appropriate sample weights were used to account for the complex survey design. To test the association between race and anemia, we used multiple logistic regression adjusting for demographics and clinical variables.

A racial disparity exists with CKD anemia in non-Hispanic Blacks in the US population. While NHANES data may have some limitations, these findings raise public health concerns that suggest gaps in CKD care disadvantaging Black’s with CKD in the US. 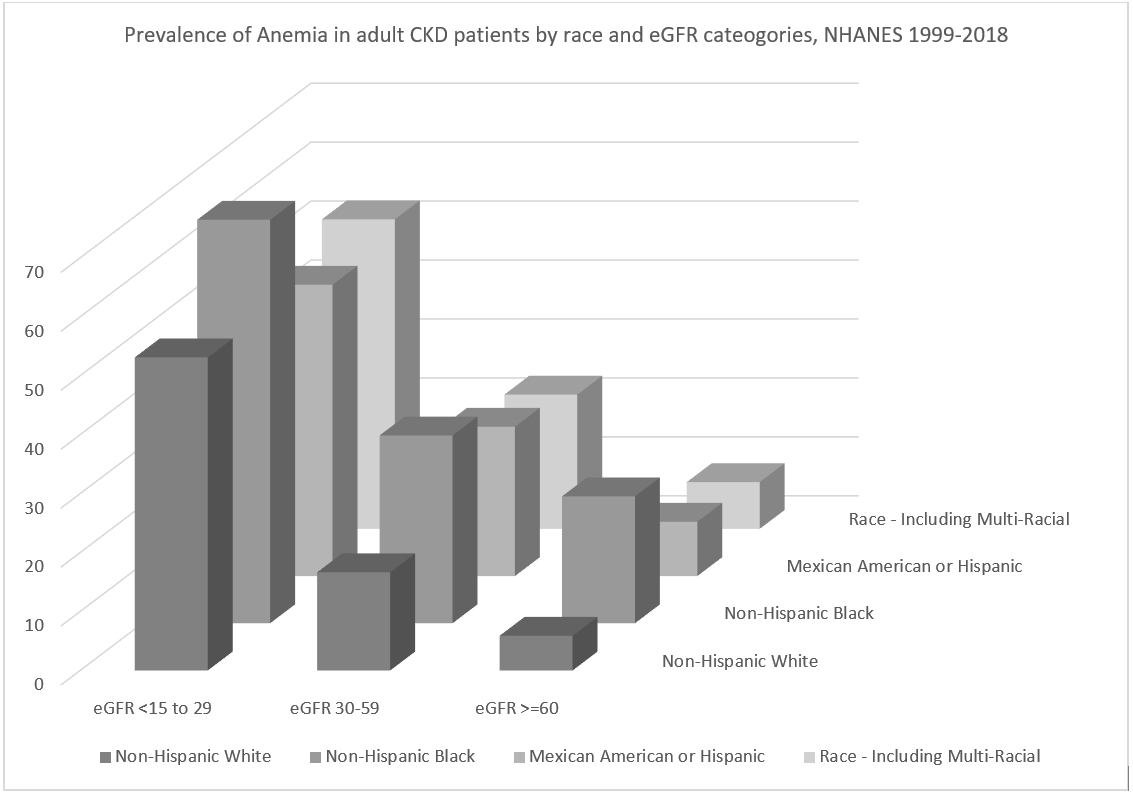