African Americans (AAs), even without type 2 diabetes have a higher incidence of adverse kidney outcomes, compared to other populations. This is driven in part by genetic (APOL1 risk genotype) and multiple non-genetic factors. We sought to develop a composite prognostic risk score combining clinical data elements and biomarkers using machine learning for identification of AAs with non-diabetic CKD at highest risk of progression.

A composite risk score accurately risk-stratified AAs with and without APOL1 risk genotype for kidney outcomes. With further validation, this is a valuable tool for population health management, clinical trial enrichment, and ensuring health equity. 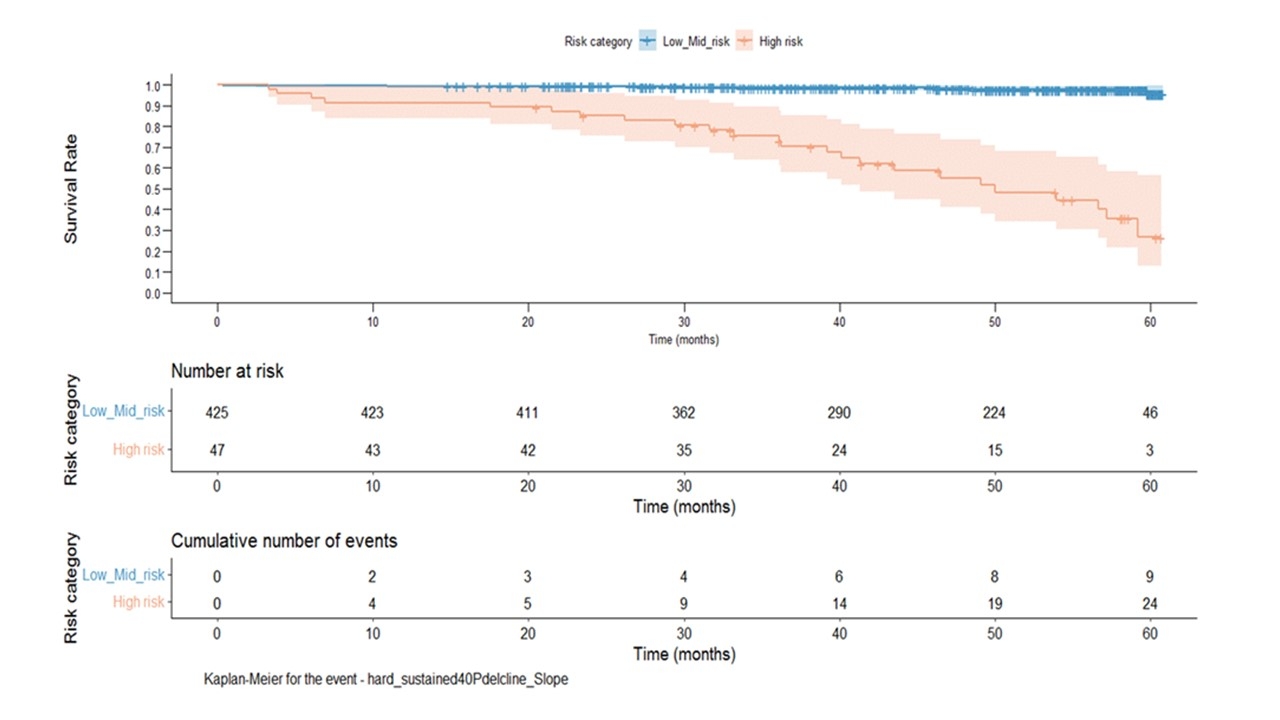