How Does the United States Compare With Europe in ESRD?

How Does the United States Compare With Europe in ESRD?

End-stage renal disease (ESRD) requiring renal replacement therapy (RRT) due to renal disease or secondary to another disorder, predisposes to numerous complications. In the United States (US), ESRD patients are on Medicare. Europe has public systems. We aimed to find out if either does better at managing ESRD.

Data for 2015 and 2019 was extracted from the United States Renal Data System (USRDS) and the European Renal Association (ERA) registry. We analyzed ESRD incidence, management and survival.

Older Americans are more likely to be started on dialysis. Survival differences may be explained by better management and adherence among Europeans on dialysis, while the inclusion of developing countries affects survival post-transplant. Analysis of prescribing patterns would be helpful. 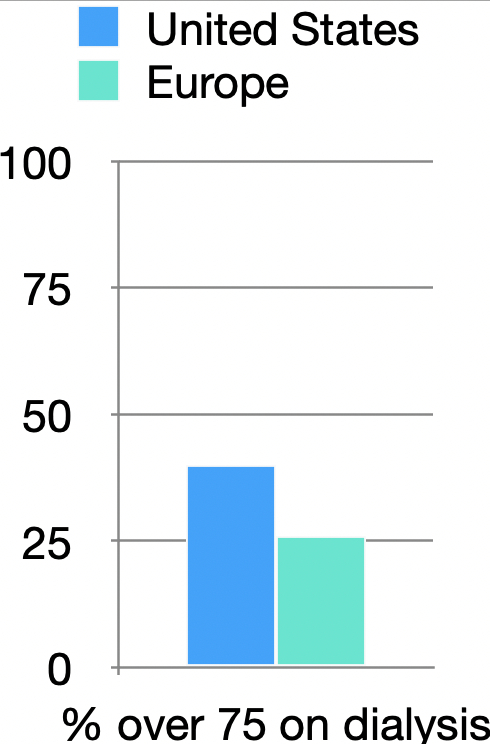 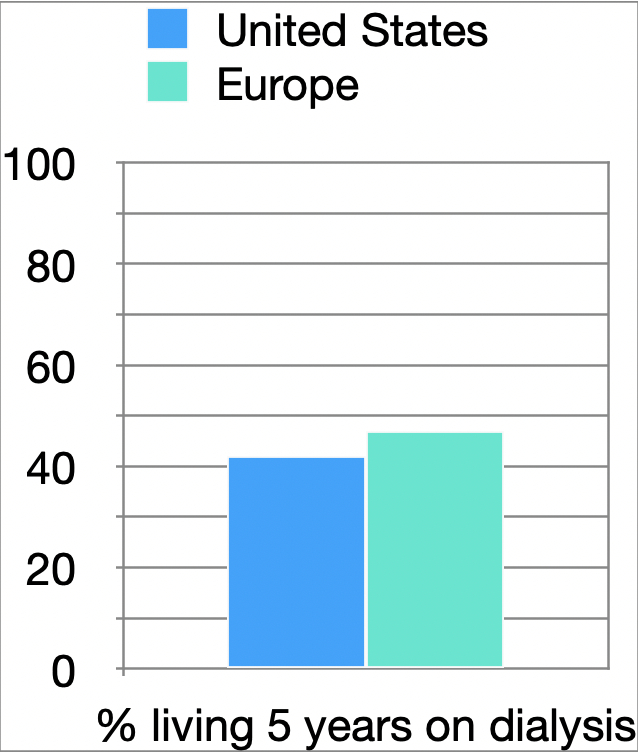