PDs from 5 transplant centers were surveyed on their attitudes, knowledge of LD, and a PROMIS® 4-item anxiety short form (normative T score mean of 50, higher scores mean higher anxiety). Participants were followed up to 12 months from evaluation to determine if they donated. Multivariable logistic regression models were used to identify characteristics associated with mild anxiety or higher (T score ≥55) and LD.

Higher anxiety, particularly when the kidney recipient is a family member, was associated with a reduced likelihood of LD. PROMIS Anxiety should be considered as a screening tool for PD along with LD tailored interventions to reduce anxiety and support withdrawal from donation. 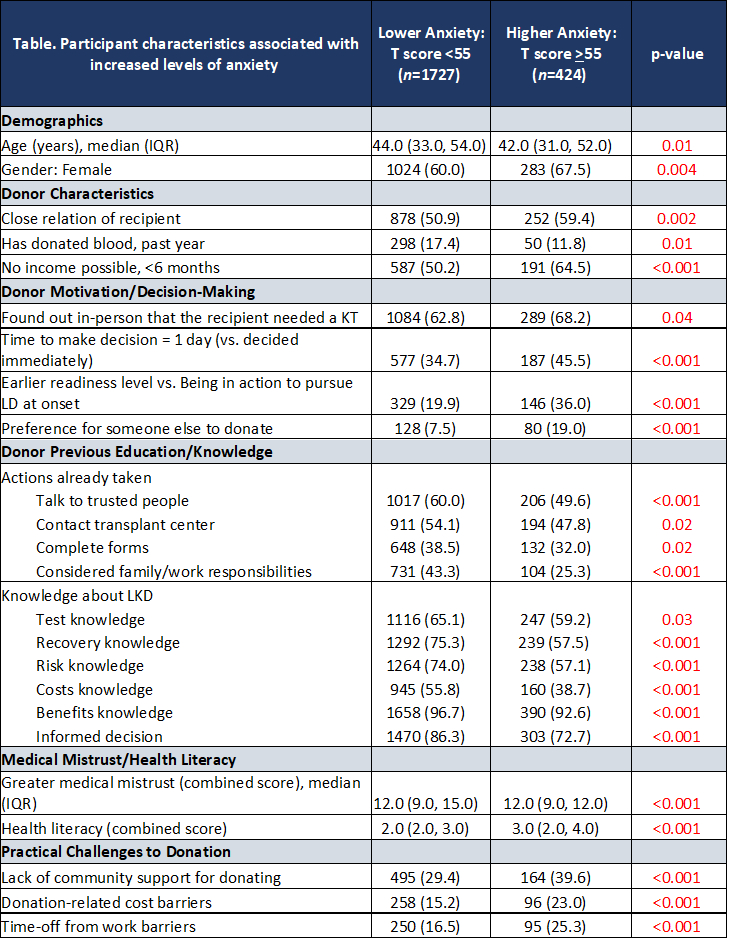