Mapping Tubuloglomerular and Myogenic Autoregulation Throughout the Kidney With MRI

Mapping Tubuloglomerular and Myogenic Autoregulation Throughout the Kidney With MRI

Autoregulation is a critical kidney function to protect nephrons, is disrupted in disease, and several autoregulatory mechanisms of perfusion have been observed in animal models, observed by distinct low-frequency oscillations (myogenic ~100mHz and tubuloglomerular feedback, TGF ~10mHz).

Resting state MRI and spectral analysis revealed spatially variable and distinct bands of frequencies consistent with myogenic and TGF autoregulatory mechanisms(Fig 1). We found evidence of other mechanisms of physiological function at lower frequencies that require further investigation. We observed evidence of spatial correlations in the time course consistent with nephrovascular coupling(Fig 1).

A simple and short, non- contrasted MRI scan can be used to detect spatially variable, low- frequency oscillatory changes that appear to be associated with autoregulation of the kidney in both rats and humans. Mapping autoregulatory spectra may be an important, unique biomarker of kidney disease, developmental processes, transplant evalutation, and response to therapies. 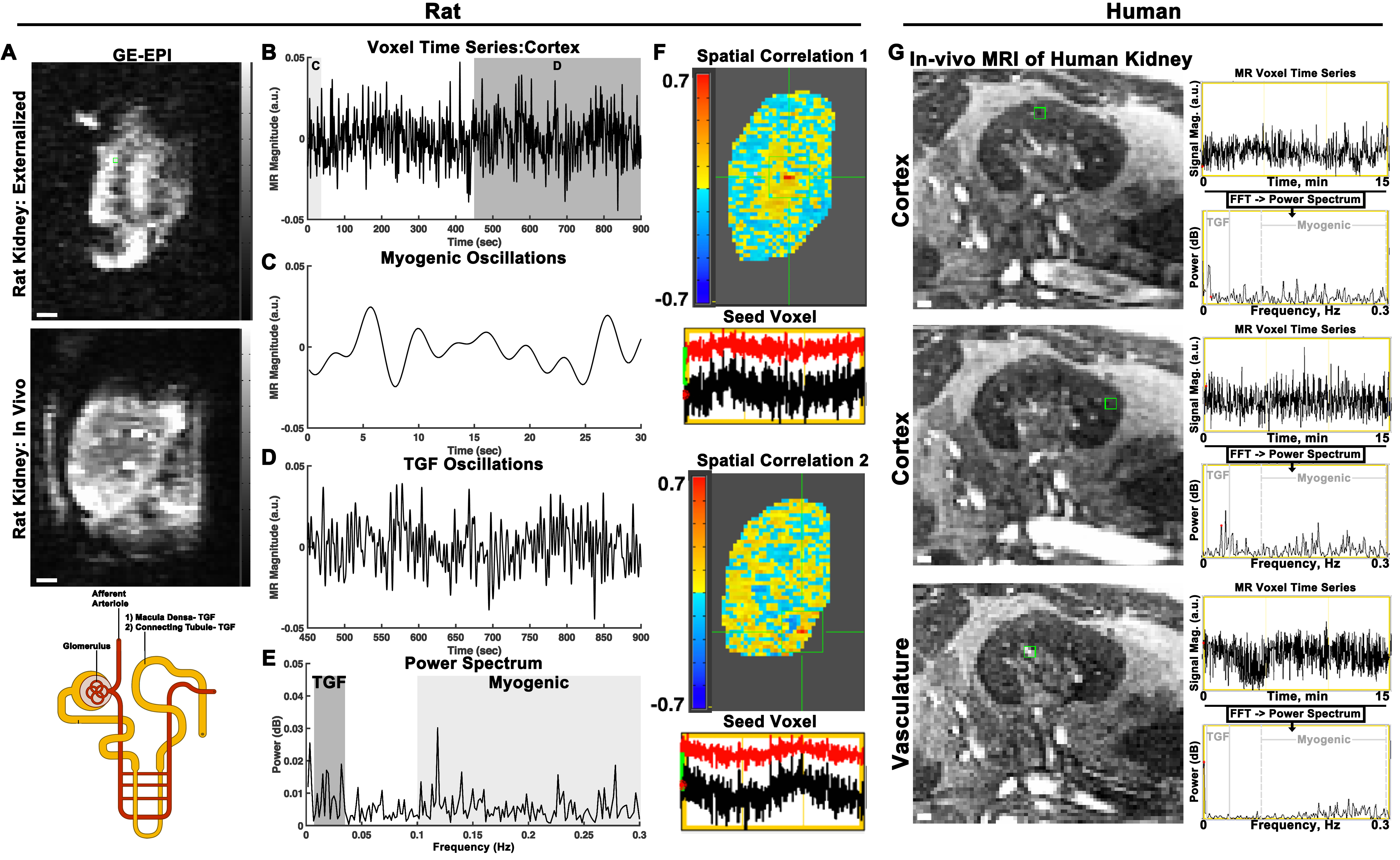