The public health service designation of increased high-risk donor (IRD) was first established in 1994 to identify donors with potential higher risk of transmission of HIV, hepatitis B and hepatitis C infections. The risk criteria were updated recently in 2020 to include only 10 risk categories instead of 14. It also reduced the risk behavior time frame from 12 months to 30 days prior to organ procurement. The new criteria also stipulated that donor specimen should be collected within 96 hours before the procurement.

We analyzed United Network of Organ Sharing data one year prior and one year after the current implementation of new guidelines to see if the new guidelines reduced organ discard rates based on the increased risk criteria. Chi suqare was used to compare the difference in organ utilization between these two time periods.

There were 6111 kidney which were labelled as having increased risk for disease transmission prior to the change in definition and 5970 after the change. The discard rate remained stable at 17%. Discard rates for heart and lungs also did not change, however less pancreas and livers were discarded based on increased risk criteria.

Our one year analysis shows that there is increased organ utilization for pancreas and liver but not for heart, lungs and kidney. However we should point out that numbers are small and that this is a very preliminary data. Full impact of the change will likely be observed in few years’ time. 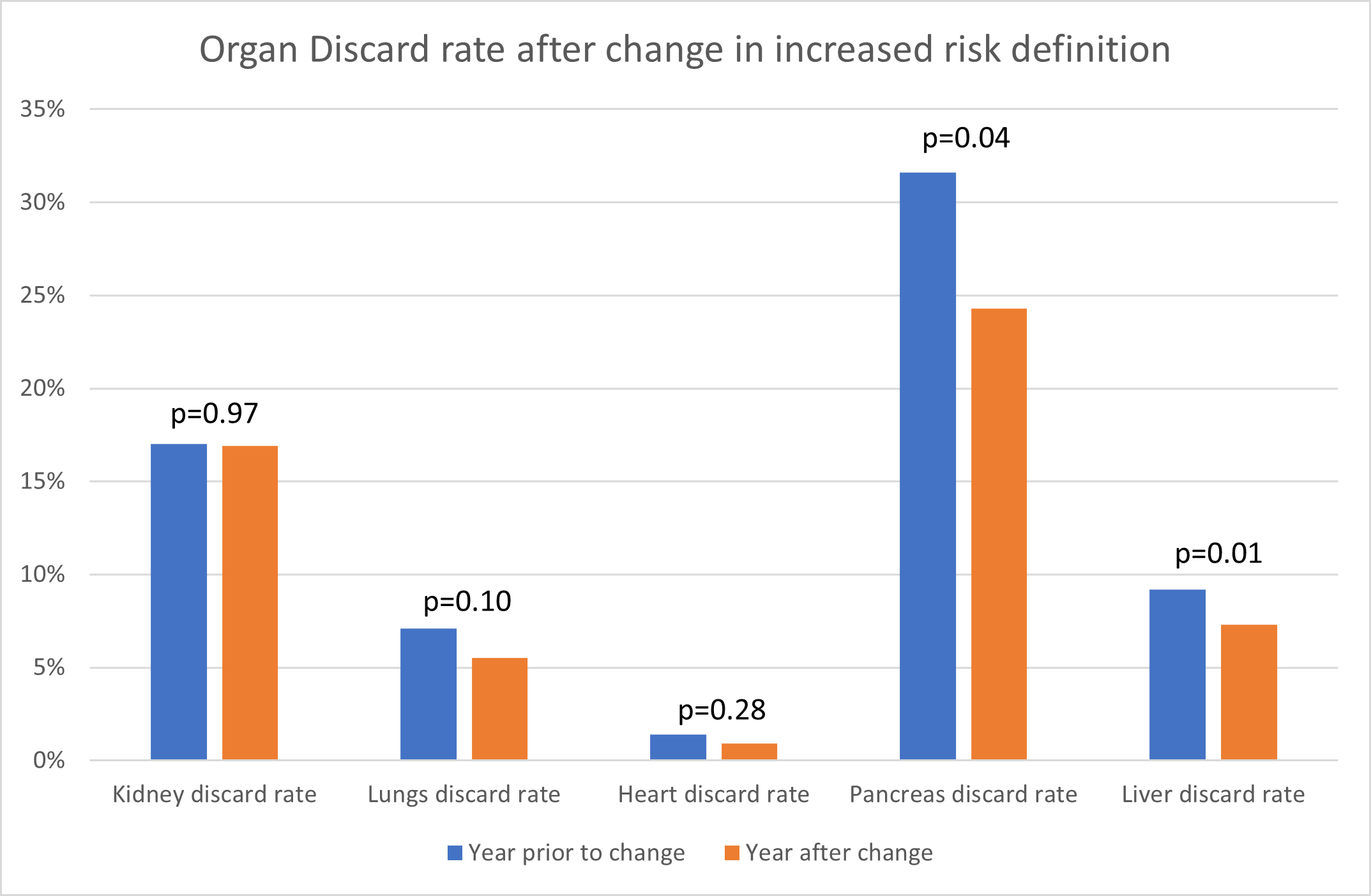 Total number of organs procured, transplanted and discarged based on incerased risk status