There is concern regarding the effect of galactic cosmic radiation (GCR) exposure on cancer risk, cardiovascular and neurological health posed by longer missions planned as part of the Deep Space Transport/Mars Missions.
However the kidney is the dose limiting organ in abdominal radiotherapy and total body irradiation. Chronic kidney dysfunction can occur with acute low linear energy transfer (LET; e.g. γ-radiation or X-rays) radiation doses as low as <0.5Gy. An astronaut on a Mars exploration mission has an estimated absorbed dose of 0.47Gy.
We hypothesise that GCR may cause acute renal failure within the timeframe and GCR dose expected for an exploratory mission to Mars, which may require renal replacement therapy and would thus be mission critical.

To investigate this, snap-frozen kidneys from mice either exposed to an acute 0.5Gy dose of simulated GCR or sham control (n=10 per group) at Brookhaven National Laboratory, underwent quantitative TMT mass spectrometry proteomic analysis for markers of proximal tubule damage and pathways known to be involved in radiation nephropathy. Urine and plasma were also collected from these mice 24hrs after acute GCR exposure for biochemical and electrolyte analysis to look for early signs of renal tubular and glomerular filtration dysfunction. 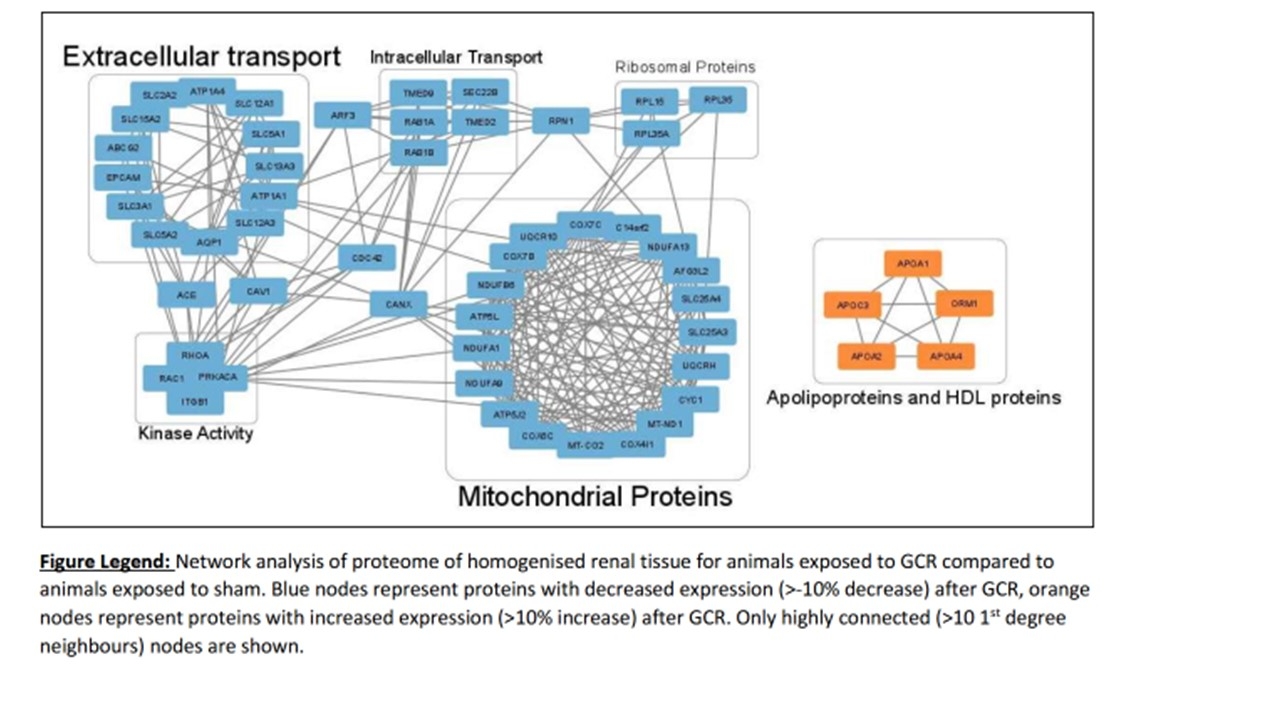