Nearly one-quarter of in-center hemodialysis (HD) patients are in the labor force at HD initiation. Fewer remain employed as HD vintage increases. Involuntary exit from labor participation can be a devastating sequela of end-stage kidney failure for patients and society. The PRImE ITCH study assessed the association between pruritus (itch) and unintentional/undesired productivity losses.

Results of the PRImE ITCH study show that increasing severity of itch is associated with reduced labor force participation among prevalent HD patients. Further study is needed to confirm these findings and determine if itch treatment can mitigate loss of labor productivity in employed US HD patients. 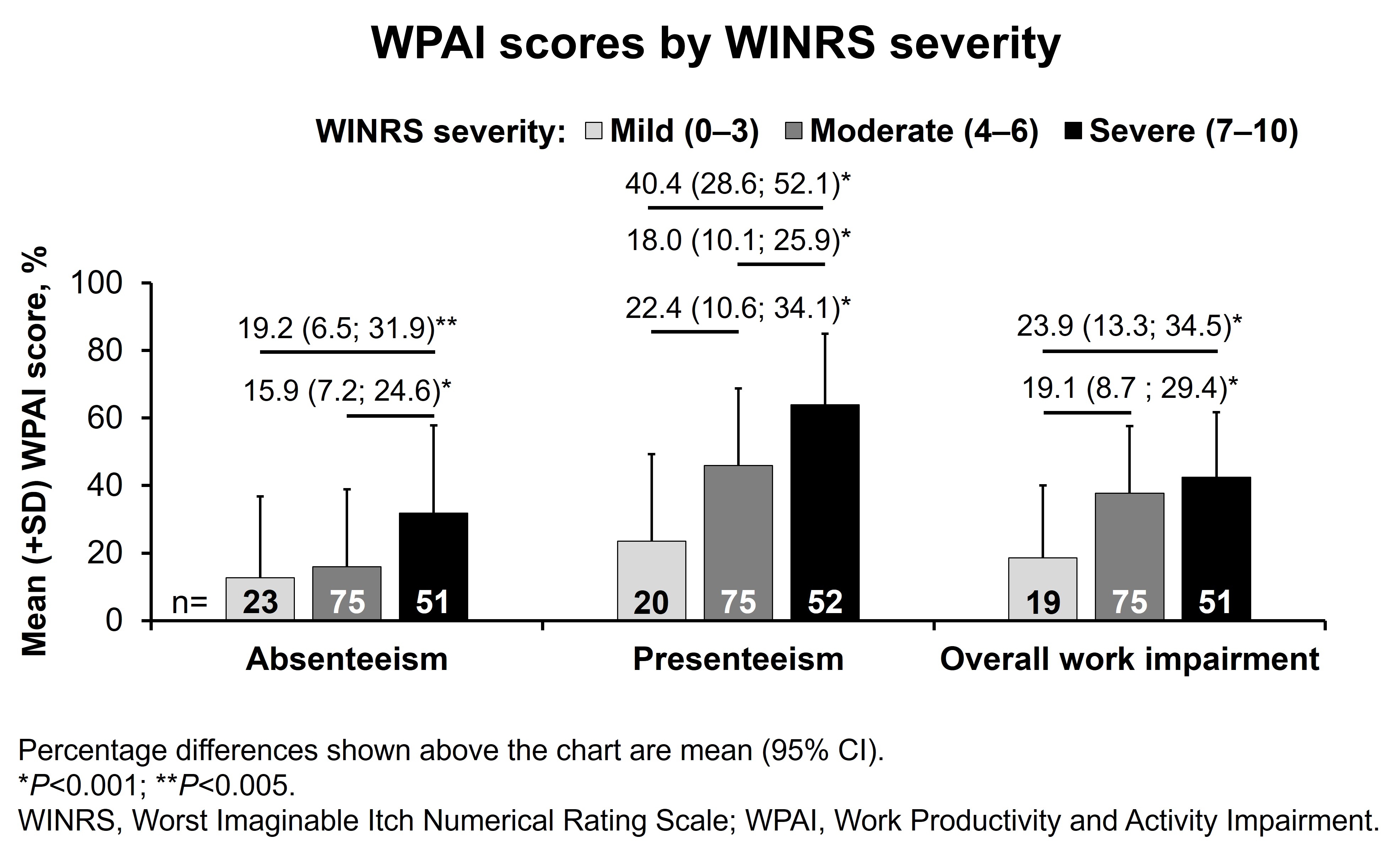