Kidney disease limits therapeutic options for pain control given the relative contraindication to non-steroidal antiflammatory drugs. The goal of this study was to assess the prevalence and safety of prescription opioid use across the range of eGFR in a U.S. outpatient population.

Using electronic medical records from the Geisinger Health System, we described trends in opioid prescriptions by CKD stage between 2011 and 2016. In a cohort matched on propensity for ≥2 opioid prescriptions during a 2-year baseline period (2011-2013) we used Cox proportional hazards regression to evaluate the association between opiate prescription compared to no opiate prescription and death, total hospitalizations, non-pathologic fracture, and presentations for altered mental status, as well as whether associations differed by eGFR level.

Opioid prescriptions are common in patients with CKD and are associated with higher risk for death, hospital admissions and non-pathologic fracture. 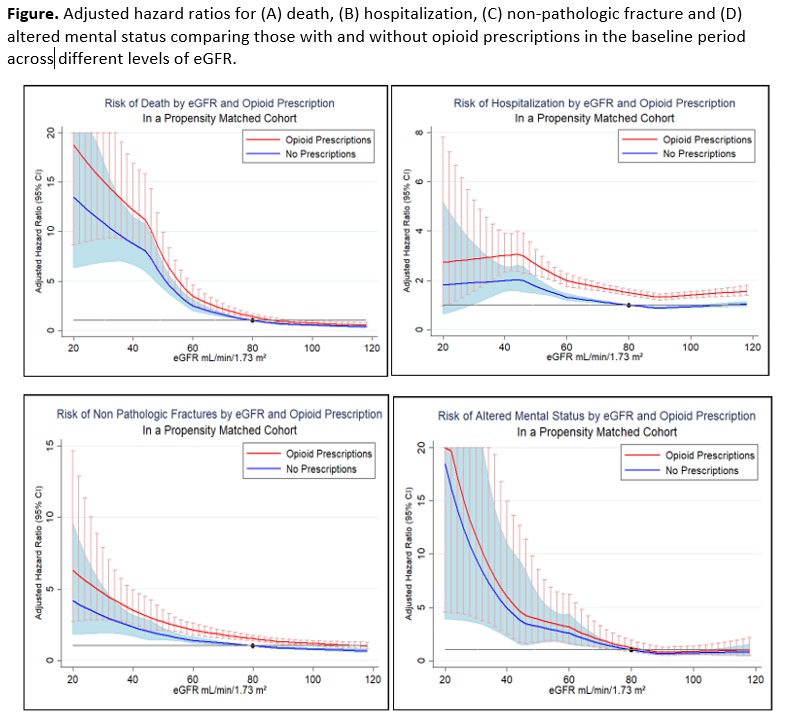