The molecular understanding of the transcriptional program determining the progression from acute to chronic kidney injury in humans is limited.

We performed RNAseq-based transcriptional profiling on protocol biopsies obtained from 42 kidney transplant recipients at 4 time points (before and after reperfusion, 3 and 12 months after transplantation) and we applied machine learning techniques to identify and group patient responses over time. Our previously described mouse model of ischemia/reperfusion injury was used for data validation.

In the first hours after reperfusion all patients underwent a similar response characterized by a biphasic transcriptional program under the control of immediate early response genes. In the following months we identified two main transcriptional trajectories corresponding to recovery and to a sustained injury response leading to fibrosis and renal function deterioration. The molecular map generated by this computational approach delineated the transcriptional program determining the transition from acute to chronic kidney injury: genes associated with mitochondrial dysfunction, kidney injury/repair and innate immunity were followed by genes related to fibrosis and adaptive immunity. Moreover, the computational model highlighted early markers of kidney disease progression (e.g. EP300). The characterization of a similar process in mice showed evidence for substantial similarities in the response to kidney injury across species and expanded the relevance of the findings beyond kidney transplantation.

The integration of multiple transcriptomes from serial biopsies in advanced computational algorithms overcame the analytical hurdles related to interindividual variability and identified shared transcriptional elements of kidney disease progression. For the first time, this new concept allowed an unsupervised analysis of the molecular mechanisms of kidney disease in a clinical setting. 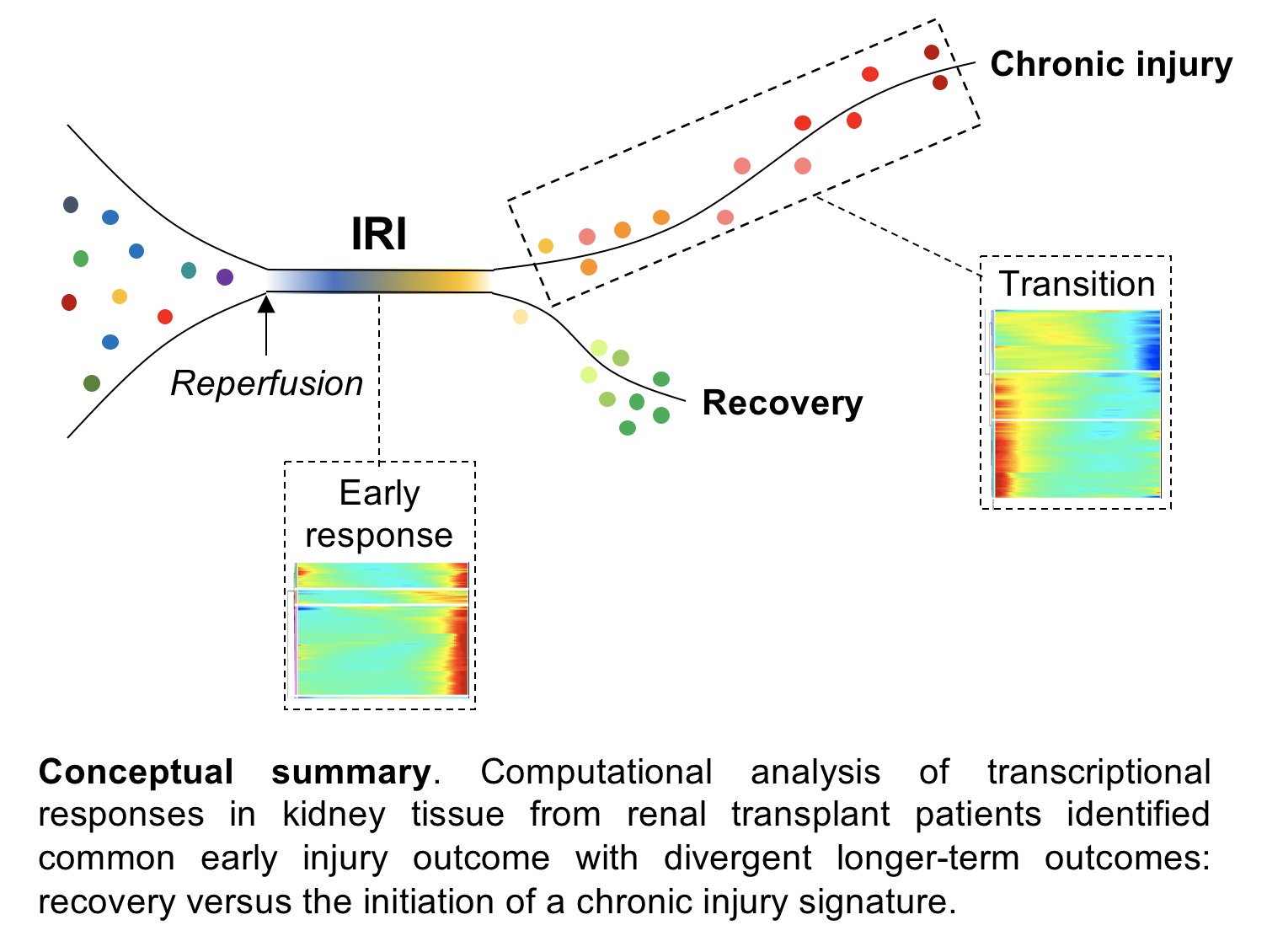