Tissue obtained by renal biopsy is a useful substrate for understanding the biology of human acute tubular injury (ATI) with preservation of spatial context - including interactions between resident renal cells and those of the immune system. However, the small amount of tissue obtained in biopsies places a practical limitation on the number of markers that can be analyzed by conventional immunostaining, thereby limiting discovery.

Imaging mass cytometry (IMC) is a mass spectrometry-based technology that allows for simultaneous analysis of up to 40 protein and mRNA markers on a single section of formalin-fixed paraffin-embedded tissue, with no spectral overlap or background fluorescence. Using a prototype imaging mass cytometer and human kidney obtained by nephrectomy, we have sought to validate a panel of metal-conjugated monoclonal antibodies for use in mapping the human kidney with IMC, while also developing technology to simultaneously interrogate mRNA targets.

We have developed and validated a panel of over 20 metal-conjugated monoclonal antibodies detectable by IMC in the kidney. We have successfully generated two-dimensional reconstructions to 1 micron resolution of reference and injured kidneys simultaneously stained with over 15 metal-tagged antibodies, better defining the spatial relationships between cell types.

With our current panel of antibodies, we will be able to interrogate true normal biopsies from living kidney donors and banked biopsies from patients with ATI. This will allow us to construct semi-quantitative two-dimensional atlases of the resident cell types, immune cells, and markers of cellular injury, stress, activation, regeneration and death in the normal and acutely injured human kidney. 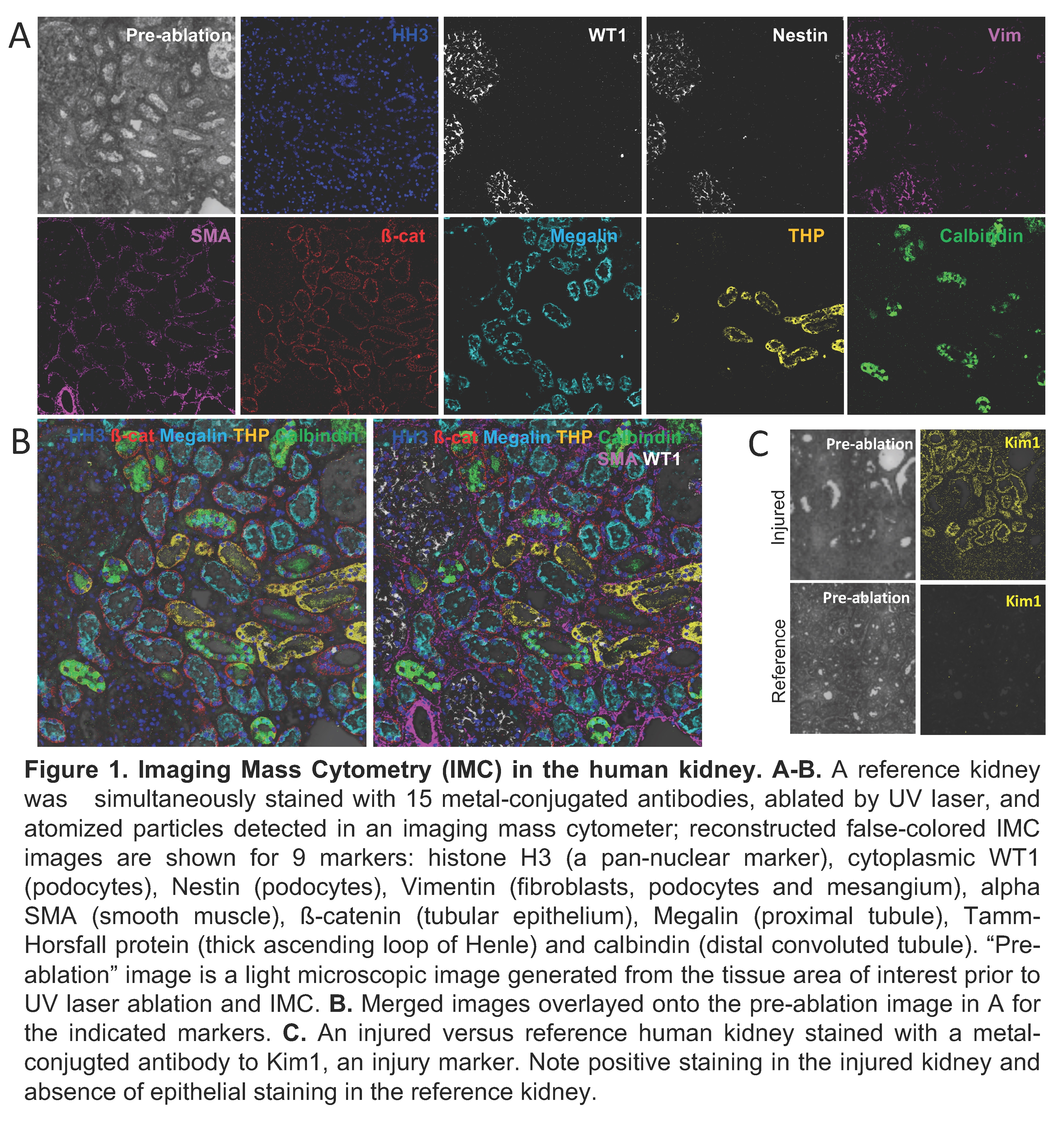