Convection-based renal replacement therapies (RRT) have the potential to improve patient outcomes when compared to diffusion-based RRT such as hemodialysis (HD), but have limited clearance rates. We propose and characterize Multipoint Dilution HF (MPD-HF), a purely convective blood purification technology which removes the fundamental filtration limit associated with convective RRT. In MPD-HF, filtration of liquid and solutes occurs along the length of the hollow fibers that convey the blood and substitution fluid is pushed into the fibers at multiple points along their length. Since multiple filtration and dilution steps are contained within one pass of the blood through the hollow fiber, the fraction of fluid that can be filtered may be increased to allow a high clearance rate.

Figure 1 shows steady state clearance versus molecular weight for the in vitro MPD-HF experiment, a COMSOL model prediction of the MPD-HF, an FX CorDiax 800 HDF dialyzer and an F160 dialyzer. In vitro tests yielded an average steady state filtrate fraction of 68%, exceeding commercial HDF cartridge filtrate fractions by a factor of approximately 3 and matching the COMSOL model.

MPD-HF offers substantial increases in the filtrate fraction relative to both HD and HDF. Extrapolating the MPD-HF to 5 or more filtration and dilution chambers allows for a theoretical 100% fluid fraction removal in a single pass, yielding clearance rates higher than HD and HDF. 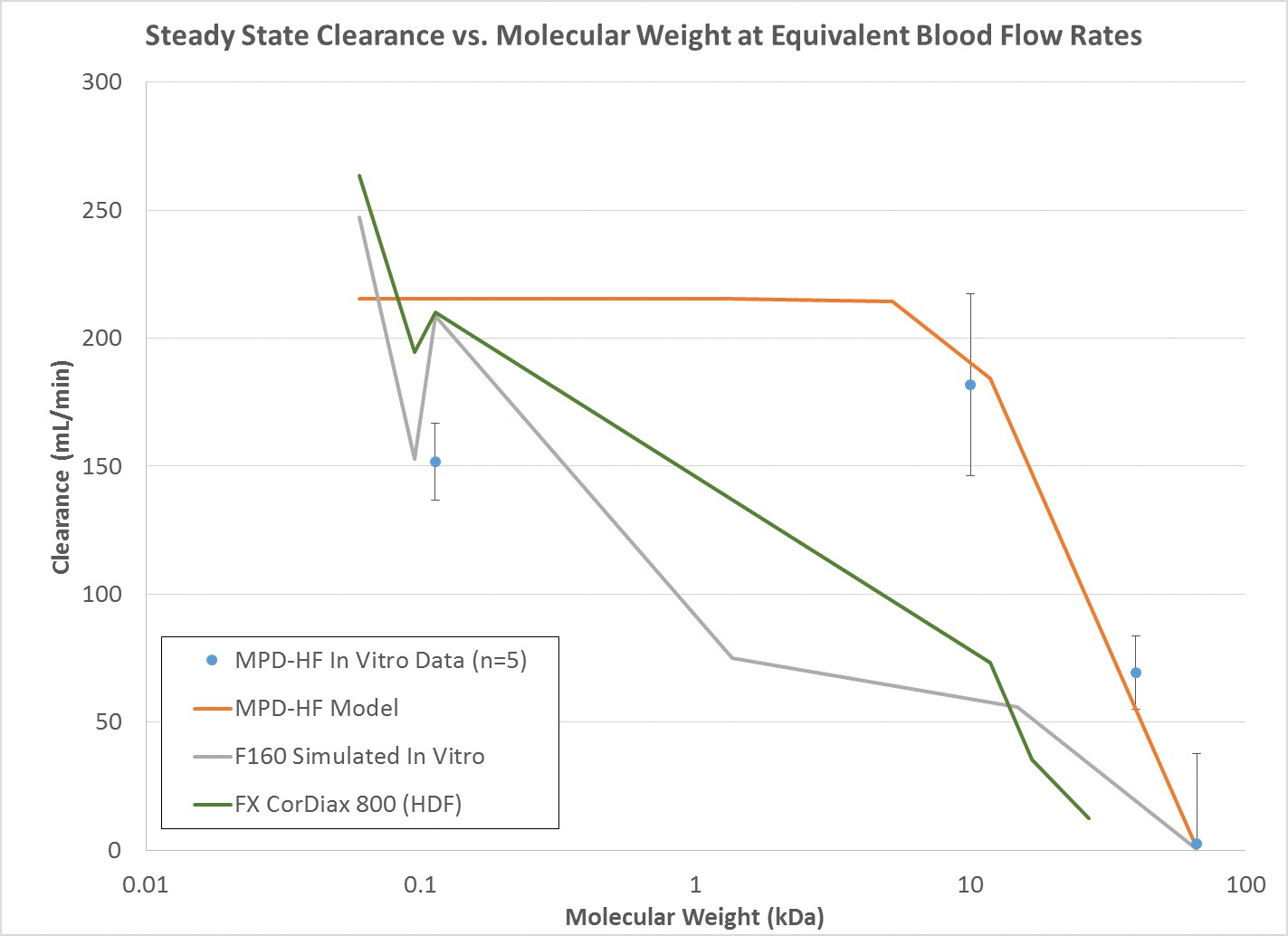