The durability of prosthetic vascular grafts used for hemodialysis access is poor due to venous stenosis, limiting vascular access. We present a method to create tissue engineered blood vessels (TEBVs) capable of developing in vivo towards a functional vascular graft.

Polymeric rods are implanted subcutaneously in goats for 1 month, resulting in the formation of fibrocellular tissue capsules (TC’s) with sufficient mechanical strength to restrain arterial pressure. The TC’s then are grafted as arteriovenous conduit between the carotid artery and jugular vein. After 1 or 2 months in the vasculature the grafts were harvested.

Ex vivo perfusion showed grafts were less thrombogenic than initial TCs, and also when compared to ePTFE grafts. At 1 month the TEBVs were composed of vascular smooth muscle cell-like cells, with confirmed contractility. At 2 months, complete endothelialisation and elastin formation was also observed, while in vivo graft patency was comparable to ePTFE.

Here, we demonstrate the in vivo remodelling capacity of TC into TEBV, and their potential as replacements for prosthetic vascular grafts. 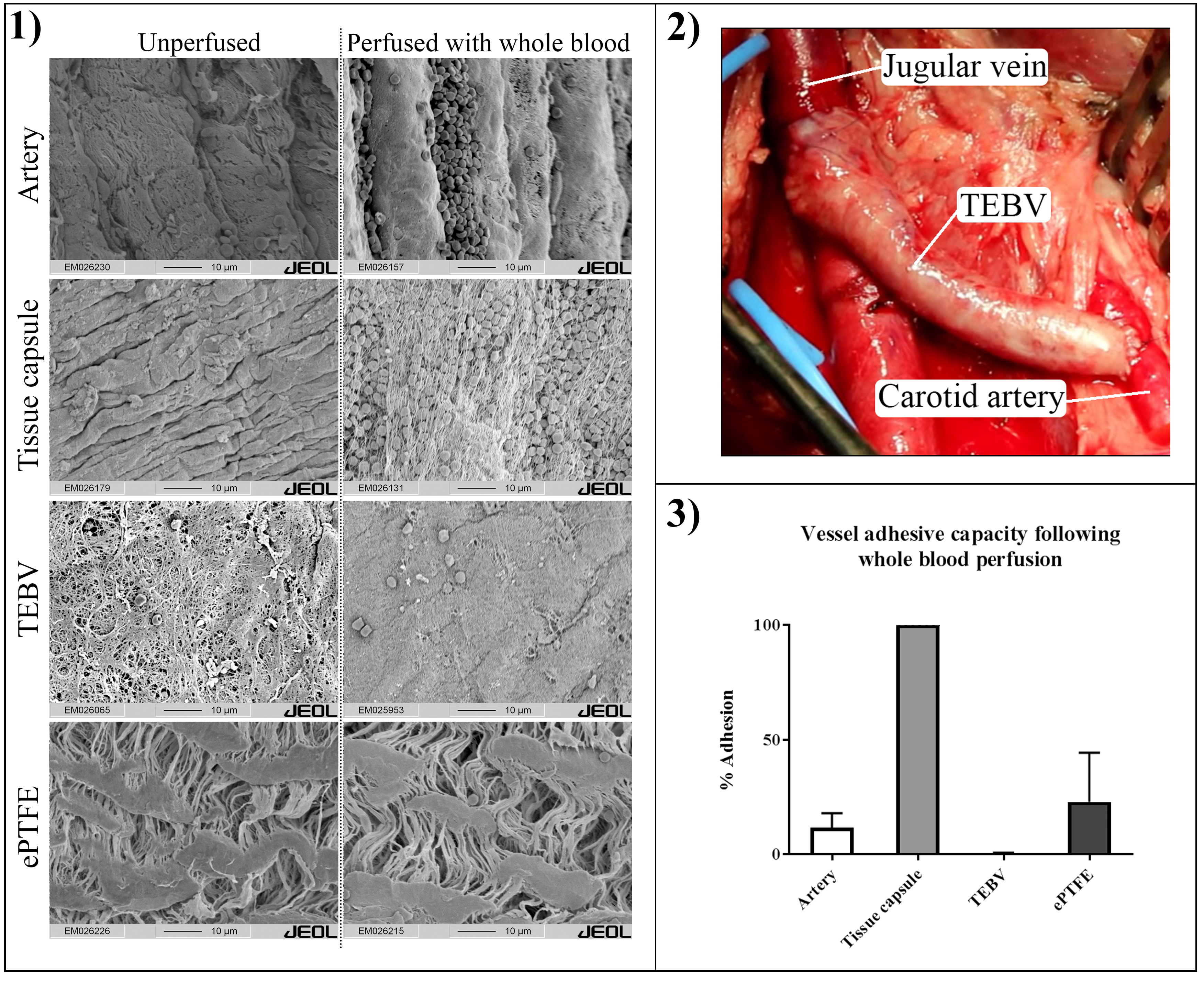