A Nationwide Analysis of Outcomes of Adult Lupus Nephritis in Japan

A Nationwide Analysis of Outcomes of Adult Lupus Nephritis in Japan

Although the prognosis of lupus nephritis (LN) has been improved, some patients reached end-stage renal disease (ESRD). We aimed to examine recent prognosis of LN in Japan using nation-wide registry.

This study is a retrospective cohort study. Adult patients (18 years old or older) who were registered as LN in Japan Renal Biopsy Registry (J-RBR) between 2007 and 2012 were examined. Primary endpoint was defined as doubling serum creatinine (S-Cr) or ESRD requiring renal replacement therapy. Data were expressed as median (IQR).

Recent prognosis of LN are relatively good at least 5 years after renal biopsy in real-world clinical practice in Japan. 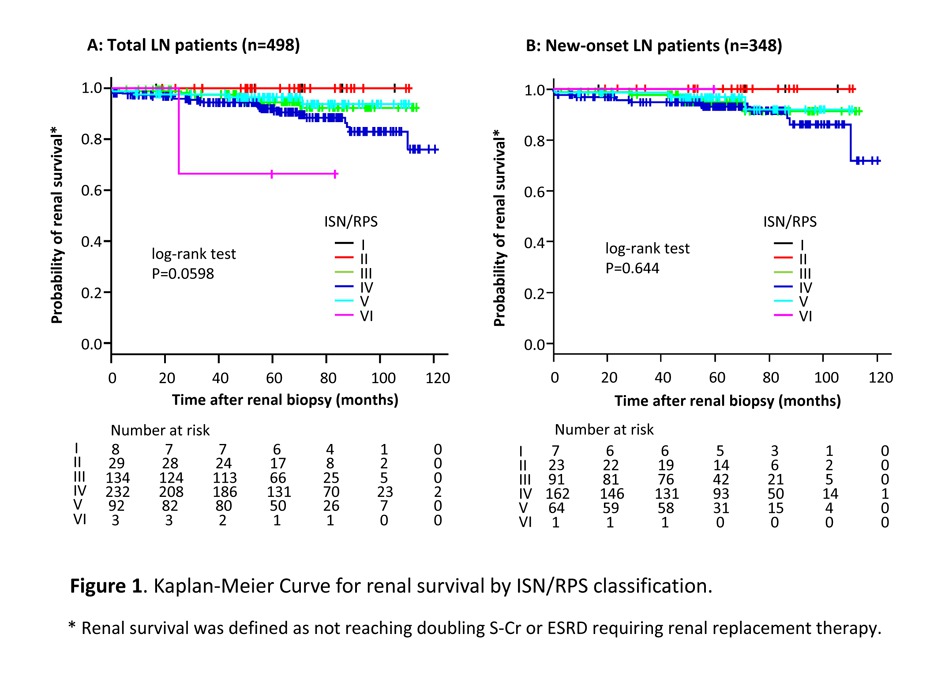