Association of Soluble TNFR-1 Concentrations with Long-Term Decline in Kidney Function: The Multiethnic Study of Atherosclerosis

Association of Soluble TNFR-1 Concentrations with Long-Term Decline in Kidney Function: The Multiethnic Study of Atherosclerosis 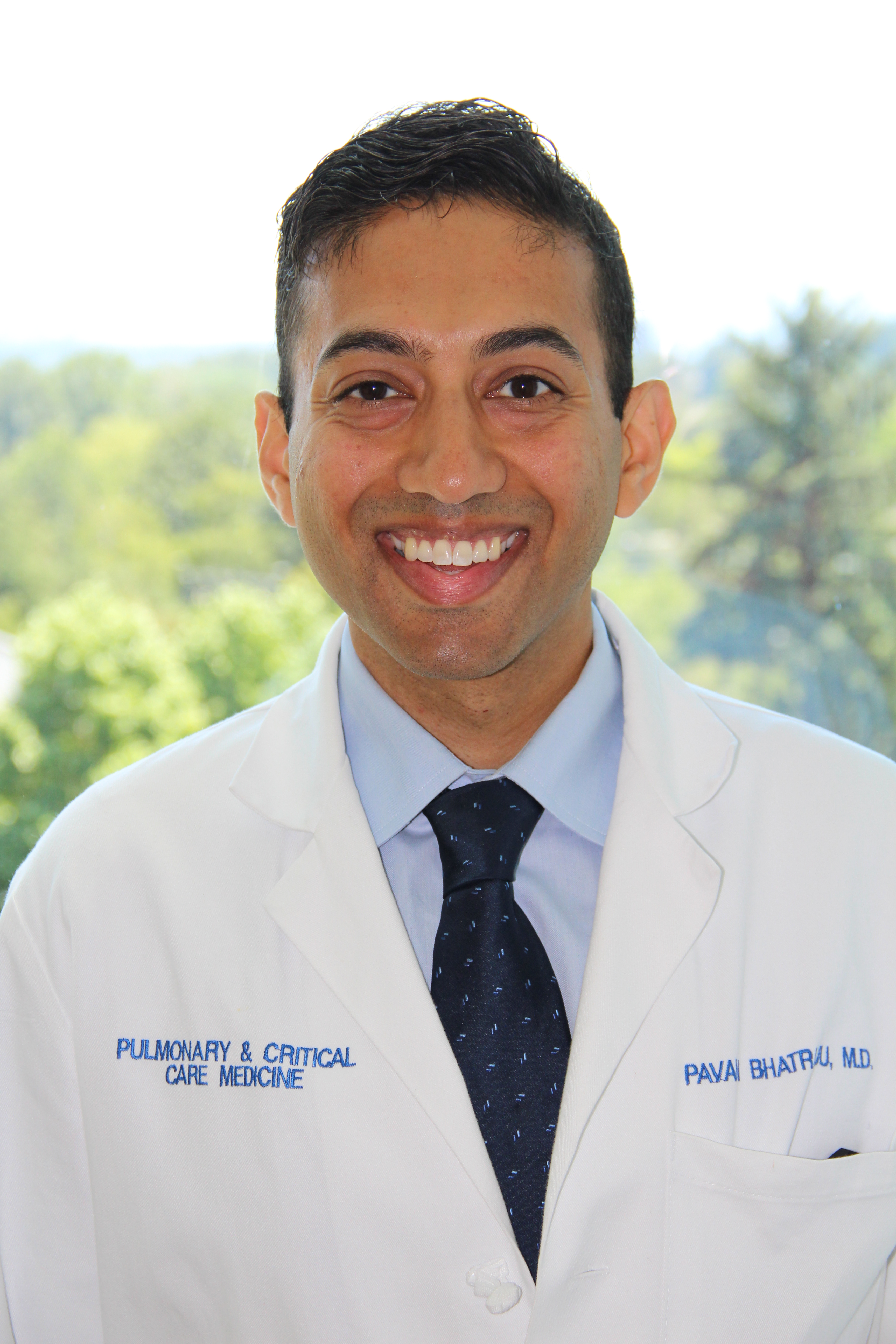 Dr. Pavan Bhatraju is an Acting Instructor in the Division of Pulmonary, Critical Care and Sleep Medicine at the University of Washington. His research interests include acute kidney injury in the intensive care unit, multi-organ dysfunction and sepsis.

Tumor necrosis factor receptor-1 (TNFR-1) is a cell surface receptor predominantly expressed in the glomerular and peritubular capillary endothelium and plays a causative role in the development of endothelial cell dysfunction and inflammation. Soluble TNFR-1 (sTNFR-1) concentrations are associated with early glomerular structural lesions and kidney disease progression among persons with established diabetic kidney disease. No studies have assessed the potential impact of sTNFR-1 on long-term changes in kidney function among healthy people.

We tested associations between sTNFR-1 concentration, measured at study enrollment, and incident decline in eGFR (≥40% decline and annual proportional decline) among 2,551 participants in the Multiethnic Study of Atherosclerosis (MESA). Participants were recruited into the MESA from six U.S. communities and were free of clinical cardiovascular disease at baseline. Serum creatinine concentrations were obtained at enrollment and study years three, five, and ten.

Mean age was 61 years, 53% were women, an equal proportion was White, Black, Chinese or Hispanic (≈25%). Mean baseline eGFR was 79 ± 16 mL/min/1.73m2. Serum sTNFR-1 was inversely associated with baseline eGFR. Over a median follow-up time of 9.3 years, 110 participants developed a ≥40% decline in eGFR [adjusted hazard ratio, 1.45 (95% CI, 1.18 to 1.78) per standard deviation increment, p=0.0004] Table1. The highest sTNFR-1 tertile was associated with an adjusted annualized decline in eGFR 1.80% (95% 1.10 to 4.70) after multivariate adjustment. Associations were robust across subgroups defined by demographics, hypertension, diabetes, and baseline CKD status.

Serum sTNFR-1 concentrations are associated with long-term decline in eGFR among a healthy, multi-ethnic cohort. Endothelial dysfunction and inflammation may be modifiable targets for the preservation of kidney function in ambulatory patients. 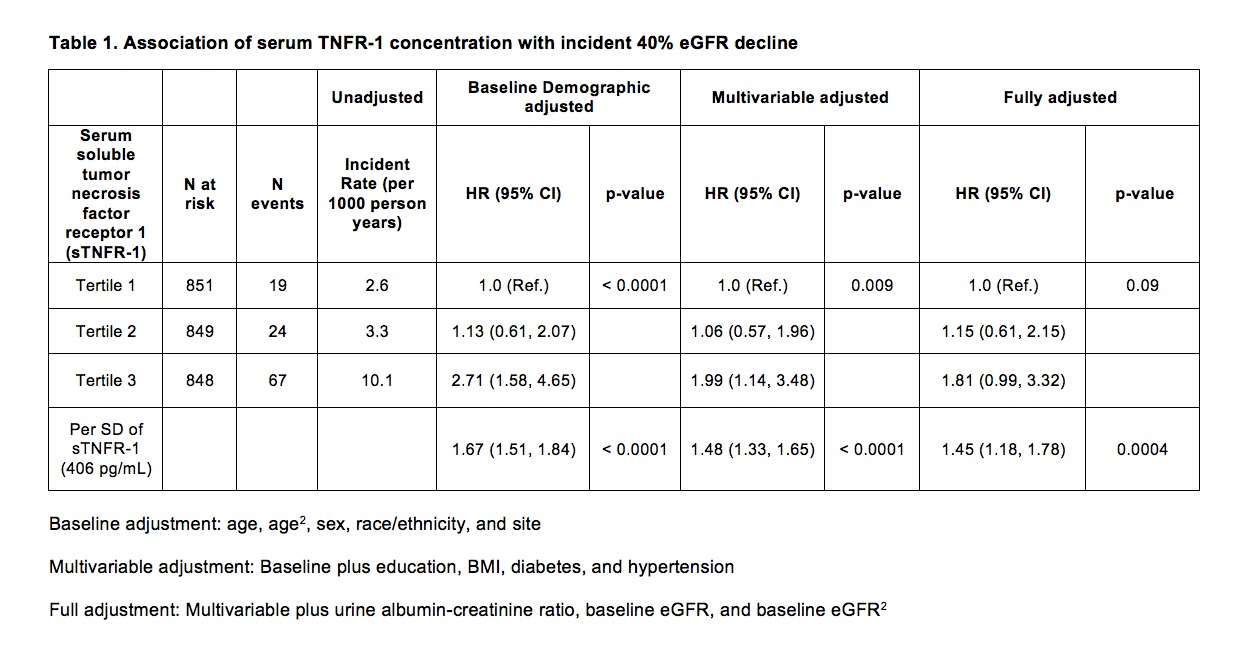